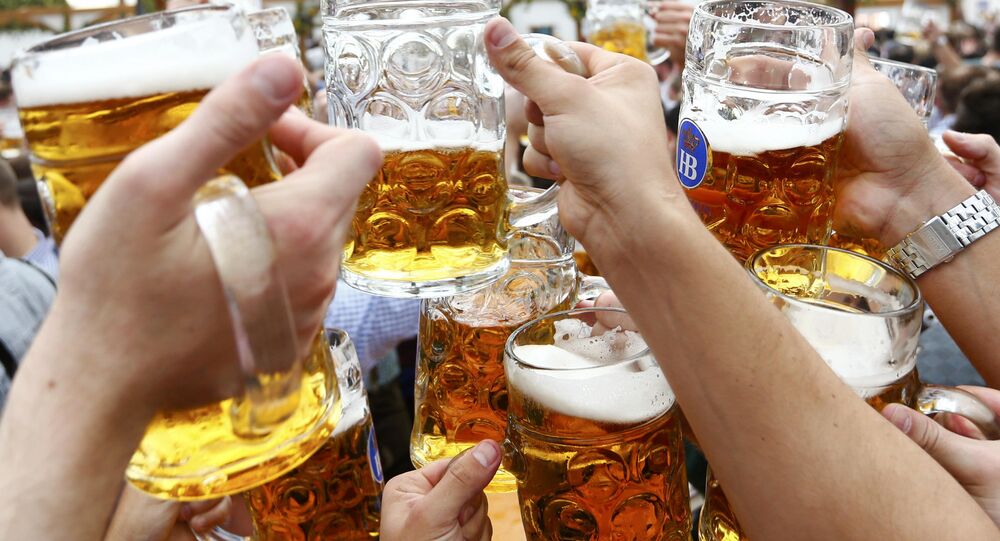 Bundeswehr troops in Afghanistan have been prohibited from consuming alcohol for security reasons as Germany and other NATO countries continue their "final" withdrawal from the war-torn country. For most Afghans, alcohol is illegal, with violators subject to fines, prison time, and even lashings under Sharia law.

The German military has approved the airlifting of some 20,000 litres of beer, over 300 bottles of wine and sparkling wine, and an unknown quantity of shandy (beer mixed with a lemon or lime flavoured beverage) back to Germany in the wake of a glut of alcohol after troops were banned from boozing, Der Spiegel reports.

The surplus of alcohol at Germany’s base in Mazar-e-Sharif, northern Afghanistan comes in the wake of Army Brig. Gen. Ansgar Meyer’s decision to ban alcohol consumption completely during the final stage of German troops’ exit from Afghanistan amid fears of Taliban attacks. Before the ban was instituted, soldiers were allowed to drink two cans of beer a day.

© Photo : YouTube/ Guardian Australia/Breakingology
Aussie Officer Guzzling Beer From Dead Taliban Fighter’s Prosthetic Limb Mentored Troops on 'Ethics'
A civilian contractor has reportedly agreed to take the alcohol out of the country before the last German troops leave, and the Army expects the money from surplus alcohol sales to cover the transportation costs incurred.

Germany, the US, and other NATO members formally kicked off their withdrawal from Afghanistan on 1 May, which is expected to be completed by the 20th anniversary of the 9/11 terror attacks in September. The German contingent of troops is presently the second largest after the United States, with about 1,100 Bundeswehr soldiers currently stationed in the country. Berlin has deployed over 100,000 troops in Afghanistan over the past 19 plus years. Some 54 German troops have been killed, and 245 service personnel wounded in that time, with the Afghan mission becoming the country’s bloodiest conflict since World War II.