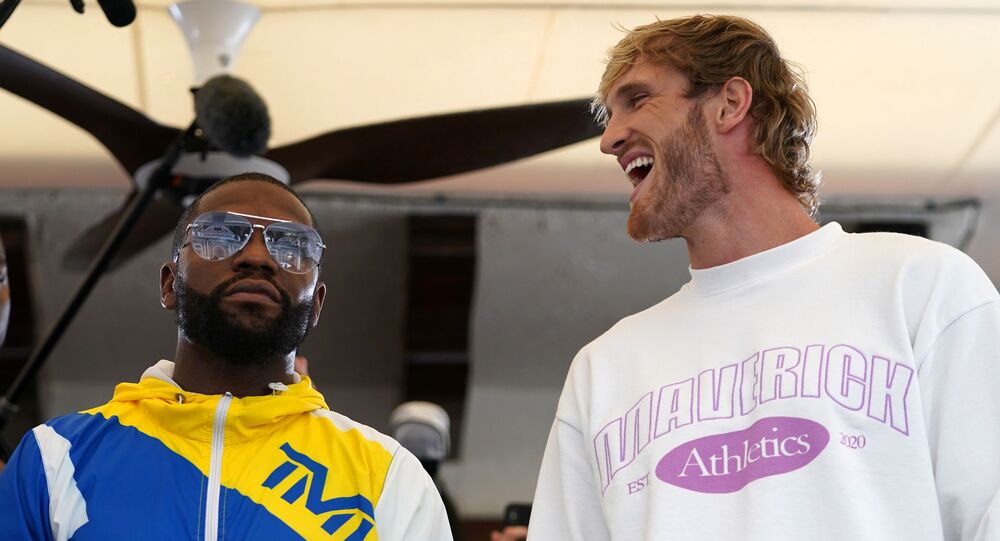 A month before the fight scheduled for Sunday, brother of YouTuber-turned-professional boxer Logan Paul, Jake, hyped passions around his stand-off with boxing legend Floyd Mayweather by snitching the latter's hat at a Miami presser. Now, the time has come for Mayweather to retaliate or lose.

Fighting enthusiasts, YouTube fans, and other netizens gathered on Sunday on social media to place bets on the forthcoming fight between Logan Paul and Floyd Mayweather - and, as always, ended up divided.

The anticipated stand-off has been semi-scandalous so far, since Paul, a YouTuber and internet entertainer, boasted that Sunday will mark the day when he will "beat Floyd Mayweather" - a boxing icon who has never lost a professional fight.

Before the fight, Paul bullied Mayweather several times, garnering supporters who enjoyed his sass, but also drawing hate online from those dedicated to the boxing legend and his professional experience.

Netizens placed their bets, discussed the chances of both fighters and rolled out some memes.

​Instead of arguing and fighting, some decided that the fight is corrupt and all the hype is just for the money.

The Mayweather-Paul fight is for 50$.

Logan Paul and Floyd Mayweather after hugging for 8 rounds and fooling us all:#MayweatherPaul pic.twitter.com/uVx9R8ANTN

​Some pretended they didn't care about the fight, but we all know the truth.

“idc about mayweather vs logan paul”

​The fight between Paul and Mayweather will place at the Hard Rock Stadium in Miami on Sunday night, a month after a scandalous snatch of Mayweather's hat by Paul's brother, Jake, that the YouTuber turned into a merchandise campaign "Gotha Hat".

Sold That! Watch Logan Paul Going Down in a Splendid Stunner from Kevin Owens