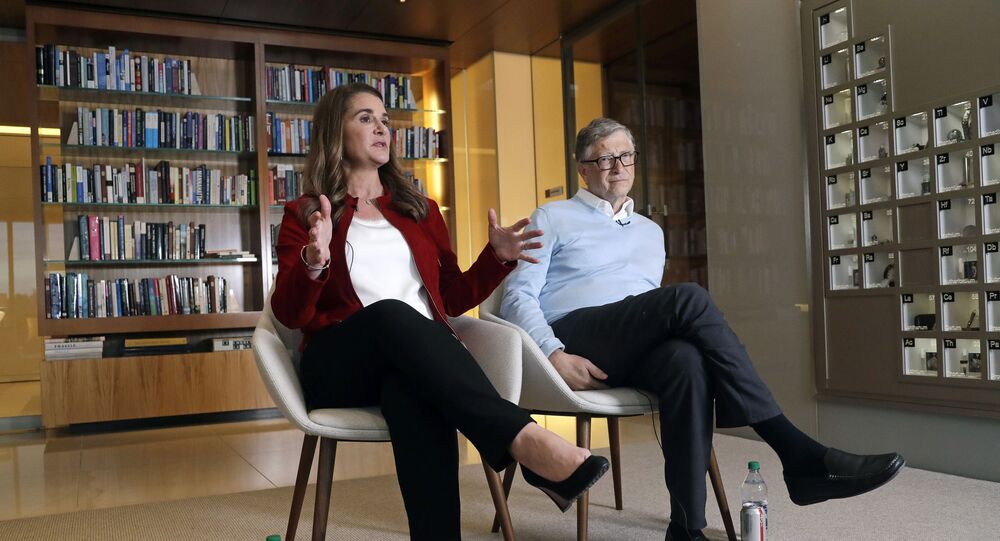 In early May, US multibillionaire entrepreneur Bill Gates and his wife Melinda announced via Twitter that they were divorcing after 27 years of marriage because the two "no longer believe" they "can grow together as a couple".

Bill and Melinda Gates had no obvious reason to separate so they may be hiding some secrets in their billion-dollar divorce, Ayesha Vardag, one of the UK's most successful matrimonial lawyers, told the gossip website Page Six on Friday.

"Why are they splitting when they have so much money, they could practically arrange never to see each other again? That is the big question", Vardag, known as the "diva of divorce", said.

The situation is "interesting", the lawyer went on to say, arguing that "it makes you wonder if there is something else going on — like a reputational storm coming".

"It's only when something else happens, some other fundamental problem that just pushes it over the line, that people will divorce. In my experience, ultra-high-net-worth couples will very rarely divorce on the basis of adultery alone", Vardag underscored.

She predicted that dealing with their joint foundation will be an issue for Bill and Melinda in the months to come.

According to Vardag, "while couples may start off wanting to carry on working together amid their divorce, it quite often becomes a big problem when they no longer agree with each other. A couple like this, who have built so much together and would really like to carry that forward, have to protect their legacy".

The lawyer asserted the pair are probably seeking to avoid a nasty split, saying: "It's always a worry, when you've got a couple who initially start out divorcing quietly, and with the greatest dignity — if it ends up as a mudslinging match, it doesn't do anybody any favours".

No Longer a Couple

The remarks come a month after Bill and Melinda announced their split on Twitter, explaining that they "no longer believe" they "can grow together as a couple".

With Melinda saying in the filed divorce documents that the marriage was "irretrievably broken", the two, who have three children, said they would continue to work together at their charity foundation.

Bill Gates has an estimated net worth of $130.5 billion (or even $146 billion, according to Celebrity Net Worth), which puts him fourth on the Forbes list of the world's wealthiest people. In this vein, their divorce may become the most expensive in the world, coming in at an estimated cost of $127 billion.

In August 2019, the 66-year-old former financier was found dead in his prison cell in New York City, with officials later declaring that he had committed suicide.

The cause of his death, however, remains disputed amid conspiracy theories wondering whether he was murdered to keep him from testifying against his high-profile friends, who aside from Gates, allegedly include Donald Trump, Bill Clinton, and Prince Andrew.

Bill Gates' Divorce From Wife Melinda Could Be Most Expensive Ever, Reports Say