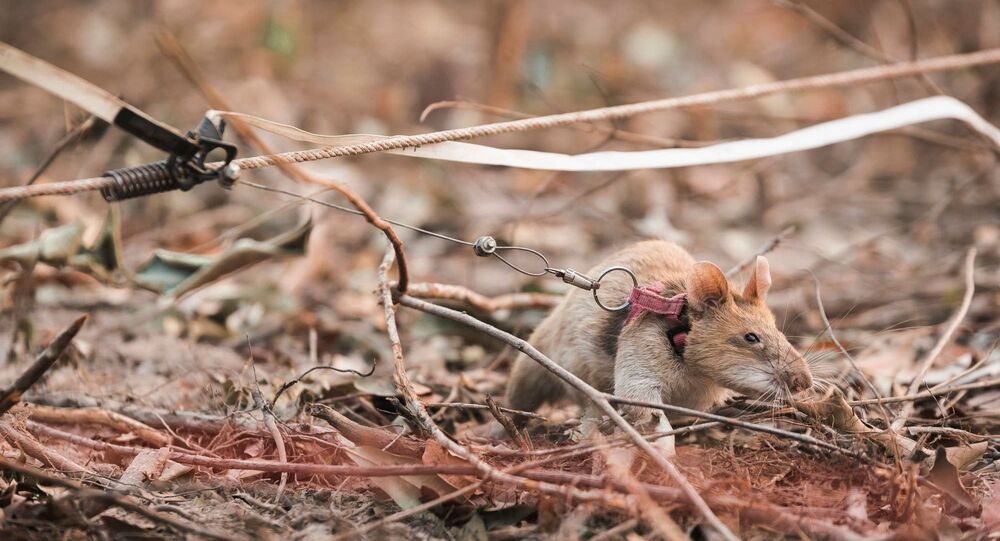 ‘It is Time’: Award-Winning Rat Retires After Detecting Over 70 Land Mines in Cambodia

Globally, Cambodia’s K-5 barrier minefield, which runs along the country’s entire border with Thailand, is considered to be one of the largest minefields, with experts estimating the area contains millions of land mines. In the years since the country returned to peacetime, various demining operations have been organized to clear land for locals.

Magawa, an African pouched rat who has spent several years tracking down dozens of landmines and other unexploded ordnances in Cambodia, is officially getting ready to enter retirement, officials recently announced.

APOPO, a non-profit group that focuses on training pouched rats to detect land mines, revealed in a Thursday announcement that the award-winning rat has officially reached his golden years, and would be retiring at the end of June.

“With mixed feelings, we announce that PDSA Gold-medalist Magawa will be retiring this month. Although still in good health, he has reached a retirement age and is clearly starting to slow down,” the agency announced in a tweet. “It is time.”

Courtesy of APOPO
Photo provided by nonprofit APOPO captures Magawa, an African pouch rat, sporting a gold medal he was granted by UK charity People’s Dispensary for Sick Animals, for his efforts in detecting land mines in Cambodia. APOPO has indicated that Magawa has found approximately 71 land mines and 38 unexploded ordnance.

The non-profit group has indicated that since Magawa began searching through Cambodia’s Siem Reap in 2016, the top-ranked rodent unearthed approximately 71 land mines and 38 unexploded ordnance after having cleared more than 225,000 square meters of land.

“During his illustrious five-year career, HeroRAT Magawa’s work has directly saved the lives of men, women and children who were impacted by hidden landmines and other deadly remnants of war,” APOPO noted in a release. “Every discovery he made reduced the risk of injury or death for the people of Cambodia.”

Incidentally, Magawa’s efforts earned him a gold medal in 2020 from the People’s Dispensary for Sick Animals (PDSA), a UK-based veterinary charity that has been honoring the work of exceptional animals over the last 77 years. Magawa turned out to be the first rat honored by the charity, which has previously highlighted the efforts of dogs, horses, pigeons and even a cat.

Officials have noted that Magawa will be spending his last few weeks mentoring new recruits before entering retirement.

Bus Blown up by Land Mine in Syria's Manbij: 1 Dead, 5 Injured