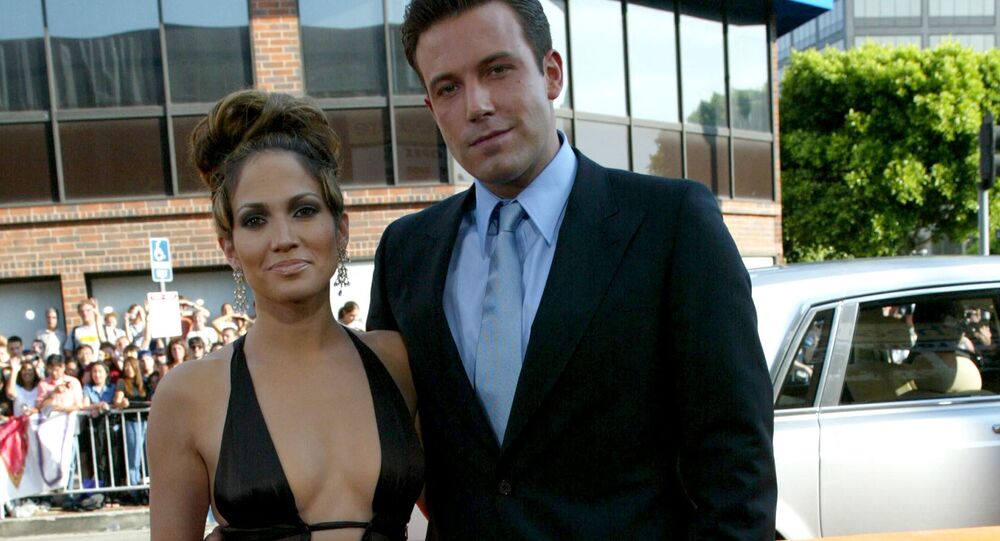 Nicknamed "Bennifer" by their fans, the couple called off their engagement and broke up way back in 2004. Now, seventeen years later, the Hollywood sweethearts seem to be reviving their feelings and are reportedly ready to take their relationship to the next level.

World famous pop star Jennifer Lopez and Oscar-winning actor Ben Affleck are slowly starting to talk about plans for a future together, a source told People magazine on condition of anonymity as the two have been increasingly spotted together, igniting rumours about whether "Bennifer" is a thing again.

According to the insider close to the 51-year-old singer, the two are "very happy together".

"This is not a casual relationship. They are taking it seriously and want it to be long-lasting", the source said.

A source previously told People that the two are excited about their relationship and don't want to hide it anymore.

Although never confirming or denying their reignited relationship, the two leave little room to doubt they are back together. The celebrity duo have been spotted together by paps holding hands and hugging. On Thursday morning, Affleck was seen leaving the pop star's Bel Air residence in Los Angeles.

They previously spent time together in Miami and the Yellowstone Club in Montana.

Affleck and Lopez got engaged in 2002 but the engagement was off two years later in what the pop diva described was her "first big heartbreak".

The same year, she married singer Marc Anthony with whom she had twins. They separated in 2014. Lopez later started dating and got engaged to former baseball player Alex Rodriguez, but the two called off their engagement.

In 2005, Affleck married actress Jennifer Garner, but the couple divorced in 2018. They have three children together.