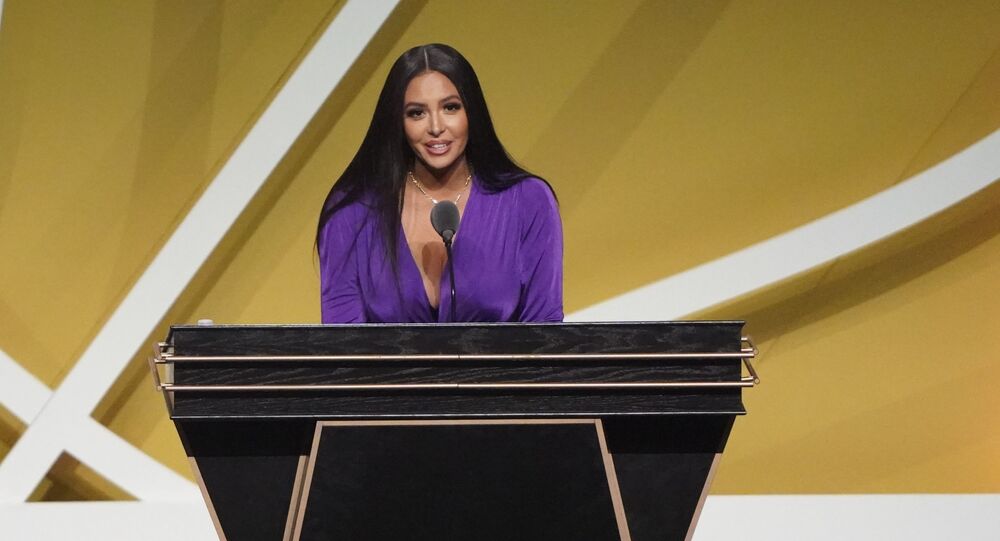 An NBA icon, Kobe Bryant died in a helicopter accident in 2020 - a tragedy that also claimed the life of his daughter Gianna, along with seven others, including the pilot.

Vanessa Bryant, the widow of the late NBA star, Kobe Bryant, took to Instagram to call out Nike for what appears to be a leak of tribute shoes "MAMBACITA" that were created to honor the memory of Gigi Bryant, the couple's daughter, who also died in the tragic helicopter accident.

The black-and-white shoes, decorated with "Kobe" and "Gigi" in gold in the back and Gigi's number "2", were designed by Vanessa and Nike, but, according to Bryant, have not yet been approved for sale. According to some pictures shared online, someone - not Vanessa and her daughters - appears to already have the shoes in their possession.

"Nike has NOT sent any of these pairs to me and my girls. I do not know how someone else has their hands on shoes I designed in honor of my daughter, Gigi and we don't", Bryant wrote in an Instagram statement. "I hope these shoes did not get sold".

She also noted that she plans for all the proceeds from the sale to benefit the non-profit organisation "Mamba & Mambacita Sports Foundation" that, according to its description, is dedicated to positively impacting underserved athletes and young women in sports.

Nike is yet to officially comment on the situation.

Gianna Bryant died in a helicopter accident in January 2020 alongside her father, basketball icon Kobe Bryant, as well as the aircraft's pilot, a basketball coach and five others. The US National Transportation Safety Board (NTSB) determined that the cause of the tragedy was the pilot's “spatial disorientation”.

Kobe Bryant Inducted Into Hall of Fame by Michael Jordan