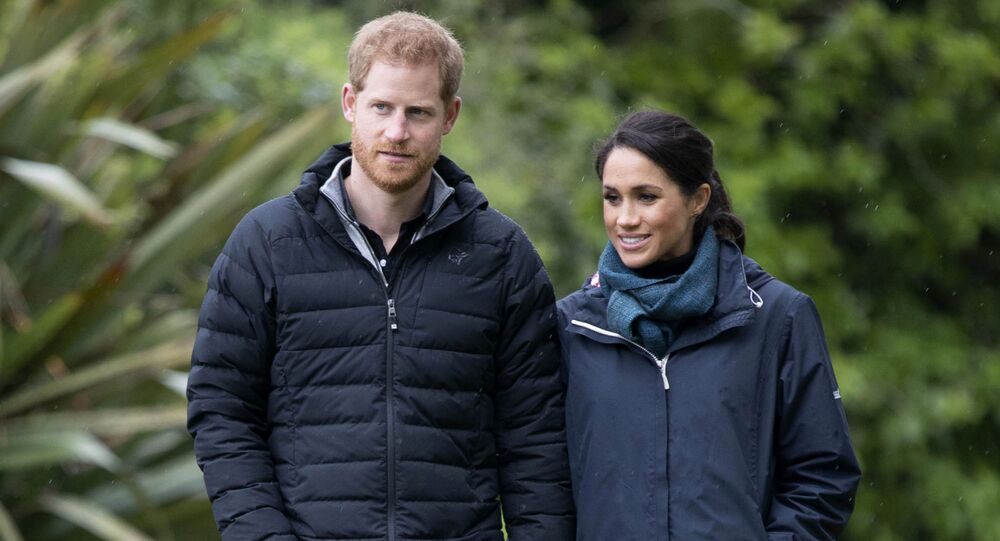 The Sussexes earned many haters last year after they vacated senior royal posts to live a financially independent life on the shining US coast. Australian host David Campbell is clearly not one of them…

A petition urging Prince Harry to “voluntarily” put his royal titles aside is gaining momentum on Change.org following the Queen grandson’s stream of revelations to the US media and his own mental health series ‘The Me You Can’t See’.

However, the effort has been ridiculed by ‘Today Extra’ host David Campbell, an openly leftist and ‘pro-Harry’ Australian presenter, who has recently hailed the Duke of Sussex as a “hero” for speaking up about his mental health struggles.

Campbell championed his earlier ‘pro-Sussexes’ defence on Wednesday, when dismissing the petition with an eye-rolling “here we go again” smirk:

“It's gained more than 45,000 signatures. It's burning up! The move is being led by socialite Lady Colin Campbell... and says the Duke and Duchess of Sussex should stop damaging the institution of the monarchy,” Campbell said.

The host then joked that the petition probably owns its success to Piers Morgan, a vocal critic of the Sussexes, who may have signed it “40 times.”

Morgan famously lost his job at Good Morning Britain after slamming “Princess Pinocchio” Meghan Markle for her “lies” during her infamous Oprah Winfrey interview, where the duchess said that she was denied mental health help from Buckingham Palace team when feeling “suicidal”.

But Campbell clearly has a different stance from his British colleague: just two weeks ago he clashed with 9Honey journalist Natalie Oliveri over her “whingeing Harry” remarks.

“It's a shame that Prince Harry's whingeing really has clouded a lot of this documentary, this podcast,” Oliveri said in a reference to the duke’s recent media collaborations to talk about mental health issues he has been battling since mother’s death that were apparently ignored by his family.

During his co-produced documentary ‘The Me You Can’t See’, Harry particularly targeted his father Prince Charles for failing to help his sufferings due to media attention.

But this take on the situation has visibly annoyed Campbell, who interrupted Oliveria with “Is he whingeing?” remark.

“He's telling his story. I don't see that as whingeing,” he added.

But Oliveri had her reasoning for putting it the way she did:

“Well, people are now calling for his title to be stripped. If you're going to complain about ‘living in a zoo’ and being ‘trapped’ in the monarchy, well therefore give back your titles. That's what people are saying,” she said. The segment was wrapped up after that.

Meghan and Harry already lost a bunch of royal titles, ranks and patronages in February when it was confirmed that they were not combing back to their senior royal duties. People have now been calling to strip the couple of their last ducal titles if they choose to go on with their “truth-bombing”.

In the petition, Lady Colin Campbell, a renowned royal biographer, argues that Prince Harry should ask the Queen “to put his royal style, titles and rank into abeyance” to release from any diplomatic and constitutional constraints.

As of Wednesday, over 50,000 signatories have agreed with her.