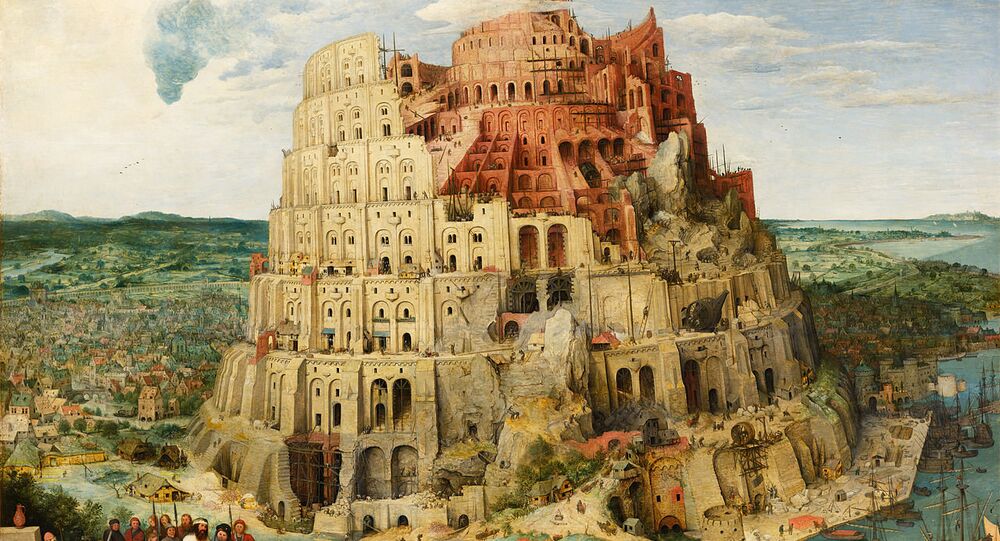 Evidence Original Tower of Babel Was Restored in Biblical Times is Out There, Scholar Claims

Naming Nebuchadnezzar the Second as the man who supposedly managed to complete the fabled tower, Meyer also pointed at an ancient stele that allegedly proves this feat.

Although the Tower of Babel is often seen as a myth to explain why people around the world speak such a variety of different languages, a professor of Bible studies at Shasta Bible College named Tom Meyer claims that that structure actually existed, the Daily Express reports.

"When the crème de la crème of the international community was wearing fine linen, purple and scarlet and smelling like cinnamon and frankincense, the new vacation hotspot was the rebuilt Tower of Babel in Babylon," he is quoted by the newspaper as saying. "Everyone was excited by the intriguing reports that the work on the Tower of Babel - which had stopped and then was restarted (by Hammurabi who reigned from 1792 to 1750 BC) only to be stopped again for 1,200 years - had been completed by the famed builder, Nebuchadnezzar II, king of Babylon (from 605 to 562 BC)."

Noting how Halley’s Bible Handbook apparently places the "judgment of the confusion at the original Tower of Babel" about 325 years before Abraham arrived in the "Holy Land", that is, around 2,000 BC, the scholar argued that it is "this famous tower mentioned in the Book of Genesis that Nebuchadnezzar finished", and that there is actually "archaeological evidence that could corroborate this."

According to Meyer, the evidence in question is a stele featured in the Schoyen Collection and featuring a carving of the fabled tower "that shows the relative proportions of the seven stages of the ziggurat-like structure".

"The stele’s inscription describes a boast very similar to the one made by the original builders in the Genesis account," he remarked. "Nebuchadnezzar bragged, 'I made it the wonder of the people of the world... I built their structures with bitumen and baked brick throughout. I completed it raising its top to the heaven, making it gleam bright as the sun.'"

Meyer further insisted that "the scholars who published the Tower of Babel stele maintain that Nebuchadnezzar actually did restore the original Tower of Babel."

The newspaper points out, however, that this version is "strongly disputed" by historians, with Etemenanki – a ziggurat dedicated to Marduk that was located in the city of Babylon and whose ruins are located in modern-day Iraq – often being regarded as inspiration of the biblical story in question.