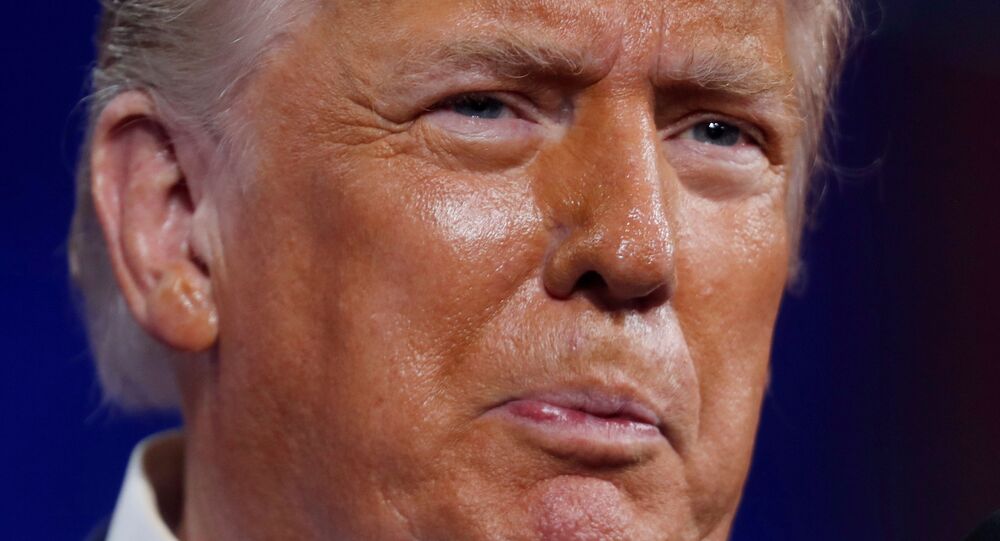 'Not Full-On Frottage': Moby Shares Details of Close Encounter Between His Penis and Donald Trump

Describing the incident in question, Moby called it a "very drunken dare" which, in his own words, was "as innocuous as a wiener brush against fabric could be."

American musician Moby has recently shared some details about a rather risqué dare he pulled off about two decades ago involving none other than Donald Trump, the Daily Beast reports.

During his appearance on Real Time With Bill Maher in 2019, Moby alleged that he once rubbed his penis against the 45th POTUS, who was then just a real-estate mogul.

"There was one night, it was about 2001, and I was out at a party and I was very drunk," he explained, recalling how his friends were telling him about a "game they used to play in college called Knob Touch," which involved taking out one’s "flaccid penis" and brushing it against people indiscriminately while walking around a room.

According to Moby, his girlfriend then dared him to "Knob Touch" Trump, and he proceeded to do just that.

"So I’ve only rubbed my flaccid penis against one person in the entire world and that man is currently on a golden toilet in the White House tweeting about something," he said.

In a recent interview with the Daily Beast, however, he insisted that the encounter between his genitals and Trump was merely a "gentle brush against the edge of his suit jacket" and not "full-on frottage."

"I remember it so clearly. You know those giant restaurants that used to be on Park Avenue, around 19th and Park?" he said. "It was one of those restaurants on the west side of Park Avenue—a very drunken dare—and as innocuous as a wiener-brush against fabric could be."

Moby also argued that Trump back then was "a failed real-estate mogul" and "a tabloid joke".

"A friend of mine used to work at Page Six, and Trump called every morning and told her what Trump was going to be doing," he reminisced. "Every morning, seven days a week, without fail, he would call Page Six and tell my friend his schedule. I was like, wow, that’s insane."