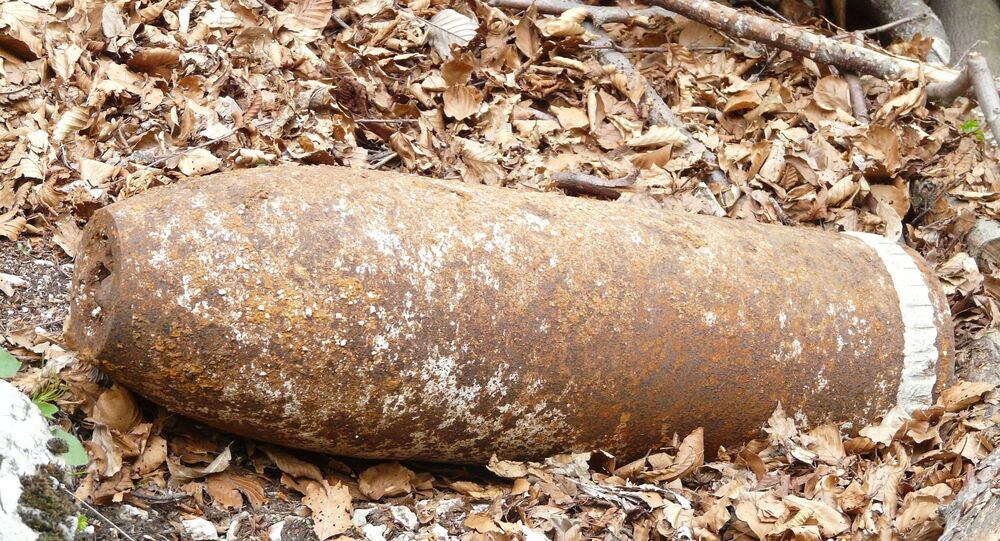 During the Second World War thousands of bombs that were dropped on Pacific islands did not explode. After the war, countries were supposed to dispose of the unexploded ordnances. However, many bombs are still in the ground where they fell.

A man has discovered over 100 unexploded bombs on his property in the Solomon Islands. The incident occurred last weekend when the man, who wished to remain anonymous, decided to dig a hole for a new septic system. After having dug several metres his shovel hit something metallic.
A few seconds later he realised that the renovation works could have ended in tragedy as he stumbled on WWII era bombs. The ordnances turned out to be 105mm shells reportedly used by US troops.

Lachlan Strahan, Australia's high commissioner to the Solomon Islands wrote on Twitter that a disposal expert is currently helping the local police force to deal with the issue.

A man in eastern Honiara has just found over 100 WW2 shells in his back garden digging a hole for a new septic system. 🇦🇺’s explosive ordnance disposal expert Warrant Officer Ian Percy is helping the Royal 🇸🇧 Police Force to deal with this terrible WW2 legacy. 🇸🇧🤝🇦🇺 pic.twitter.com/9BOAXMJEIL

​Police said the bombs were transported to a safe place and work is underway to defuse them.

The Solomon Islands witnessed fierce fighting between the United State and Japan during the Second World War. However, the wartime past continues to haunt the islands. Last week, two people died and two others were hospitalised after a bomb exploded in a residential area in the capital Honiara. The two victims were cooking in the backyard for a local fundraiser.

Last September, an Australian and a UK citizen were killed following a bomb going off. The two were working on a map that would have shown unexploded ordnances on the islands.

These tragic incidents have since prompted local authorities to call on the United States and Japan to dispose of the bombs that are still buried underground.