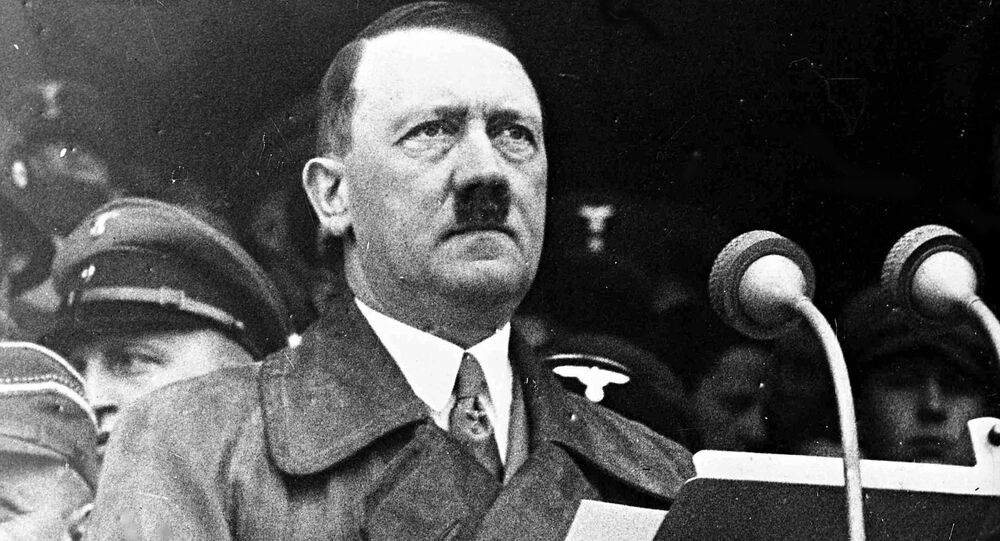 Keys to 'Hitler's Toilet' to Be Sold at Auction

Keys believed to be from Adolf Hitler's personal toilet were reportedly discovered by a British airman, Flight-Lieutenant A.A. Williams, following the liberation of Berlin in 1945.

C&T Auctions in Ashford is offering an unusual bid, to be sold in late May, keys thought to be from the personal toilet of Adolf Hitler in the Reich Chancellery.

The keys are estimated to fetch around £200-300, and were previously owned by the late Reg Palmer, who owned a small private museum near Charring Cross, London, in the 1980’s and early 1990’s.

"Key and Fob from the Toilet in the Reich Chancellery Liberated in 1945, an alloy key fob impressed with NSDAP political eagle with number “166” underneath and around the top “REICHSKAMZLEI”, reverse is stamped “HERREN W”. Remains of the gilt wash remains to the fob", the description of the bid reads on the auction's website.

The soldier who allegedly took the keys from Hitler's desk drawer also appeared to have left a handwritten note to accompany the relic.

“Reicjskanzlei Toilet keys metal tab taken by me from a drawer of Adolf Hitler’s own desk. A. a. Williams Flight-Lieut R.A.F July 1945”, the note reads, according to the auction website.

The auction is set to take place on 26 May, also featuring a "fine selection of Militaria" including medals, badges, headdress, uniforms, equipment & German militaria.

'Black Book': Hitler Had Hit List of 3,000 Brits to Round Up After UK Invasion, Author Reveals

Vienna's 'Hitler Balcony' to Be Made Accessible For Visitors, Report Says