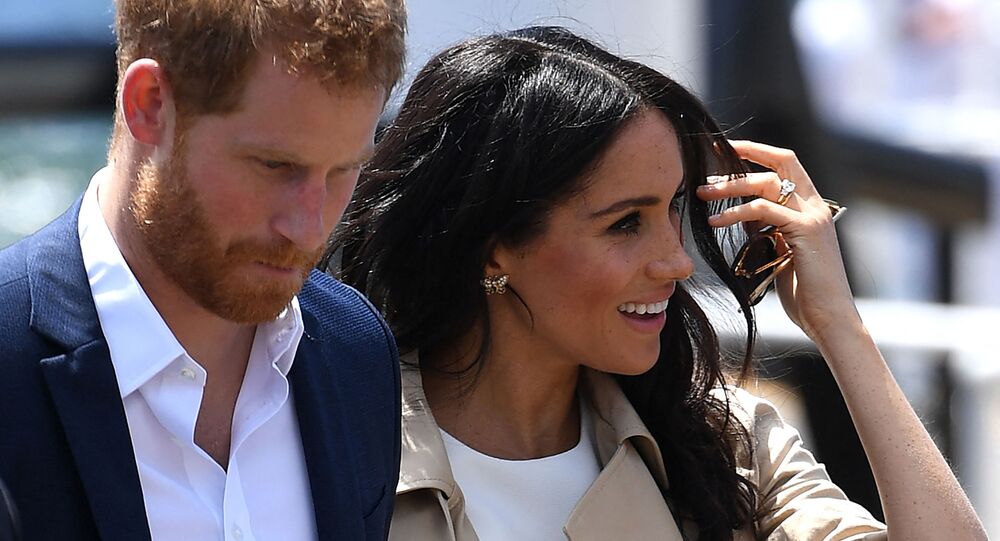 Prince Harry and Meghan Markle earlier announced that their Archwell Foundation had signed a “global partnership” with Procter & Gamble, a company that has been hawking skincare products like White Radiance and Natural White in Asia and Africa

Prince Harry and Meghan Markle are fending off a barrage of criticism for having embarked upon a multi-year, global collaboration with Procter & Gamble, which has been accused of peddling “racist” skincare, reported the Daily Mail.

The Duke and Duchess of Sussex earlier announced that as part of charitable work through their Archewell Foundation they had signed a partnership deal with Procter & Gamble.

The cooperation would focus on "gender equality, more inclusive online spaces, and resilience and impact through sport," according to the foundation's website.

P&G would be collaborating on Archewell's existing work with organisations like Girls Inc. and the National Women’s Law Center.

"The partnership will elevate the voices of adolescent girls to ensure their point of view and lived experience is heard at the tables where decisions are made," the Archewell site noted.

Critics, however, have descended upon the royal couple as the company had been earlier excoriated for selling hugely controversial skin-lightening creams, such as White Radiance and Natural White moisturisers, through its Olay brand in countries like India, Malaysia, Nigeria and Singapore.

The creams, which reduce melanin production in the skin, have been denounced as racist for reinforcing the 'toxic belief' that lighter skin is ostensibly more attractive. Campaigners have been demanding that P&G scrap the offensive products, according to the outlet.

The skincare product is reportedly touted in India as able to deliver 'radiant and brighter skin'. P&G, according to the report, hawks Olay White Radiance Light Perfecting Essence in the Philippines.

Meghan Markle and Prince Harry will be forced to respond to accusations that they are ‘in bed’ with a company raking in millions of dollars in profits off the sale of such products, Alex Malouf, a former P&G executive, was cited as saying.

“Meghan has talked a lot about the issue of race and racism, so this does stick out like a sore thumb,” he added.

According to the publication, the skin-lightening industry is worth around £6 billion annually.

Bowing to mounting pressure last year amid the Black Lives Matter protests, which have claimed that the use of such controversial skincare is deeply rooted in colonial history, some cosmetic firms have dropped certain products.

Last year Johnson & Johnson announced it was dropping its Fine Fairness line, previously available in Asia and the Middle East, according to Reuters.

The L'Oreal Group was reported to have revealed plans to ditch 'white/whitening', 'fair/fairness' and 'light/lightening' from the names of its products.

Fair & Lovely – a popular brand in India – was ostensibly to be renamed by Unilever.

P&G’s Olay brand is believed to have resisted pressure, defending the sale of its popular White Radiance and Natural White products by comparing them to tanners or make-up.

​The Indian-American activist, who had been prompted to campaign against so-called 'colourism' after seeing a headline in an Indian newspaper which asked, 'Is Miss America too dark to be Miss India?'

​An online petition had been launched by her in 2020 to call on P&G, Unilever, L'Oreal and Johnson & Johnson to stop selling the controversial creams.
.