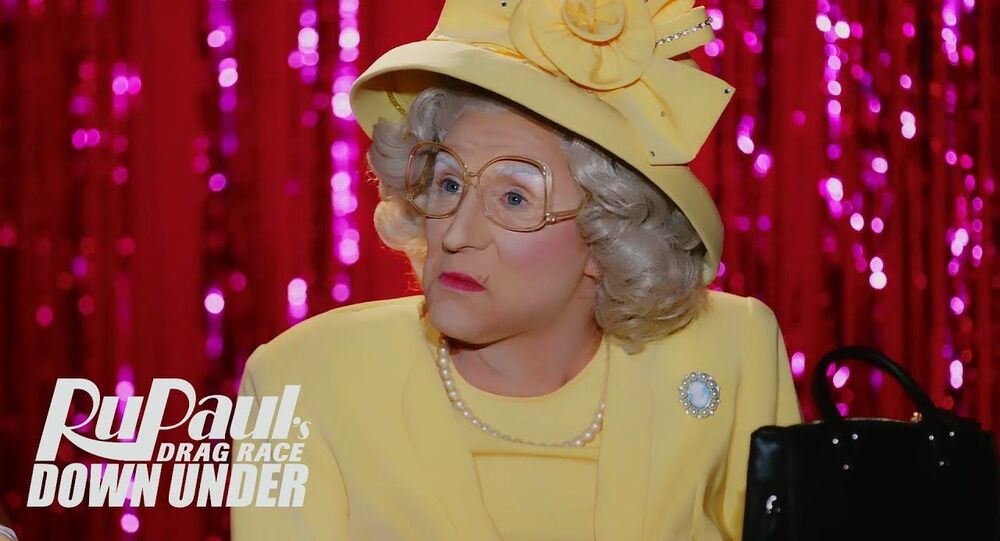 A remark made by one of the stars of the Australian show, which is also streamed on BBC Three, was deemed inappropriate for British audiences, the broadcaster decided.

BBC Three has removed a taunting remark about Prince Andrew from an episode of RuPaul's Drag Race Down Under, an Australian reality competition of drag queens from Australia and New Zealand, currently streamed on BBC iPlayer in Britain.

The broadcaster found the remark by the show's star Anita Wigl’it, playing Queen Elizabeth II, to be offensive to viewers in the UK.

Impersonating the Queen, Wigl’it said: "I wish a dingo would have taken my baby, then I wouldn’t have anything to do with Prince Andrew any more".

© REUTERS / POOL
Britain's Prince Andrew speaks to the media during Sunday service at the Royal Chapel of All Saints at Windsor Great Park, Britain following Friday's death of his father Prince Philip at age 99, April 11, 2021

The BBC also did not show a joke about Prince Philip, which was recorded before his death.

At the same time, the broadcaster kept several other jokes about the royal family, including one about the Duke of York.

The duke stepped down from his royal duties after being embroiled in a scandal over his friendship with convicted sexual offender Jeffrey Epstein and his alleged sexual relationship with "sex slave" Virginia Roberts Giuffre, an accusation Prince Andrew flatly denied in an infamous interview with the BBC.