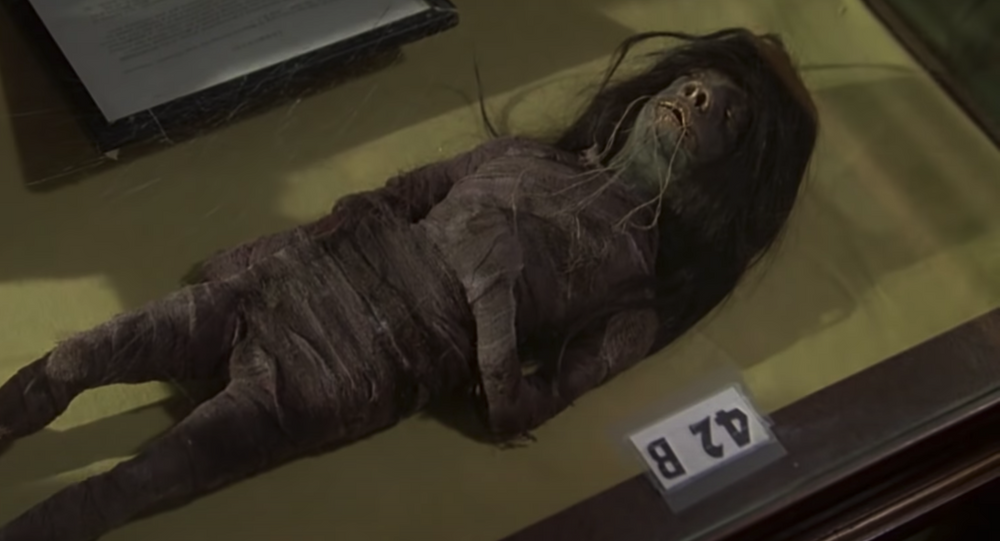 Tsantsas are usually referred to as shrunken heads, and often represented ceremonial and cultural value to certain Indigenous groups of Ecuador and Peru. In 1942, Mercer University biologist Jim Harrison acquired a tsantsa while serving in the US Air Force, and it later found its way on the set of John Houston’s 1979 movie “Wise Blood.”

Researchers at Mercy University have published a study that has confirmed the tsantsa used in the movie was made of human remains, like hair and skin. The study was done in an effort to have the antiquity authenticated and repatriated to its country of origin, Ecuador.

Using 33 criteria provided by Ecuador’s National Cultural Heritage Institute, researchers were able to affirm 30 authenticating indicators, such as the presence of a hole at the back of the head used to remove the skull, hair fibers and other evidence of traditional fabrication.

Shrunken heads are known to be prepared by Jivaroan peoples of the Amazon rainforest, which include the Shuar, Achuar, Awajún/Aguaruna, Wampís/Huambisa, and Candoshi-Shampra (SAAWC) peoples.

The scientists scanned the tsantsa with a computerized tomography (CT) imaging system and produced 3D images that were able to enlarge and distinguish various characteristics regarding the sewing patterns and skin. Limitations that have been cited include the small sample size of actual human DNA; however, the results were accepted by the Ecuadorian government.

According to NBC News, the tsantsa was repatriated in June 2019 to the Ecuadorian Consulate in Atlanta, though it is not clear if it has been returned to Ecuador.

"We wanted it to be viewed by people who could appreciate it in an appropriate context," said Mercer University chemist Adam Kiefer, a co-author of the study.

"This is not an oddity – this is somebody's body, this is somebody's culture, and it's not ours," he said. "So from our perspective, repatriation was essential, and we were very lucky that our university supported this endeavor."

The scientists involved spoke of the benefits of the research done, which could possibly produce a 3D print version of the head. “Artifacts of value can be repatriated while simultaneously preserved as a volumetric replica for the purposes of a collection,” the study added.

The traditional significance of a ceremonial tsantsas is thought to have originated as a way of resolving family matters, with the intent of holding a spirit and redistributing its power to the community of the victorious warrior.

Craig D. Byron, another researcher from the study, told the Art Newspaper that he was grateful it was authenticated so that it could be returned, saying that they “had no business” holding on to the tsantsa.

“It’s a relief to have the specimen out of our possession,” he said. “It had ‘underground’ value; it was illegal to trade or sell; it was the skin from a person’s head.”

According to the Daily Mail, the tsantsa was originally kept in storage before being used in the film. Researchers confirmed damage was done during production, such as gluing the head onto a fake body. The tsantsa can be seen in multiple scenes in the movie, which was filmed in Macon, Georgia, in close proximity to the Mercer University campus.

‘Humanity is Not Ready Yet’: Ex-Israeli Space Security Head Claims Aliens Exist, Signed Deal With US