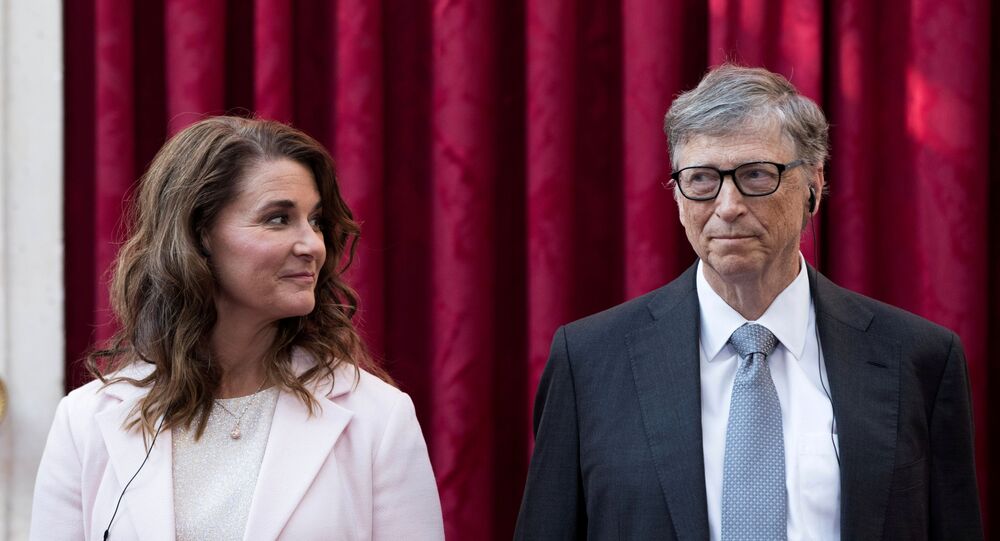 Bill and Melinda Gates called it quits on Monday; the two, who are among the world’s richest philanthropists, announced publicly that they don’t believe they can “grow together as a couple” anymore. According to insiders allegedly close to the Gates, the split is more acrimonious than was initially believed.

The decision to divorce was not sudden for Bill and Melinda Gates, who have been battling a “combo of things” for a long time, a source has told People magazine.

According to the insider, the decision to publicly announce their separation this week, after 27 years of marriage, should be explained by the facts that all of their kids have grown up now, including their youngest daughter Phoebe, who turned 18 in September.

"It's absolutely because their youngest child is graduating from high school, and the idea was that they stayed together through that," the source claimed. "They limped through until their kids were out of school like a lot of people."

Melinda is believed to be the one who filed for divorce on Monday, apparently claiming in the docs that her marriage has been “irretrievably broken”. In a twin statement shared with her husband, the billionaire philanthropists stayed more civil though with a slight hint of doom: “we no longer believe we can grow together as a couple in this next phase of our lives,” they said.

But sources familiar with the situation told TMZ that the whole family, including the former couple’s other two children Rory, 21, and Jennifer, 25, were “furious” with Bill for whatever happened between the ex-spouses. Melinda was apparently ready to announce the split as early as in March and run away from the media to a remote island in Grenada but the lawyers had not forged the separation agreement at that time, prompting a delay till May.

© AFP 2021 / SCOTT OLSON
Bill Gates Was Holidaying With Ex Even After Marrying Melinda, 1997 Report Says
Melinda and her kids still went to the retreat but Bill has not joined them – that’s how frustrated the whole family reportedly was. The reasons remain murky, but Chinese interpreter Zhe 'Shelly' Wang, who worked for the ex-couple’s foundation, publicly said that she was not the one to blame following rumours of an affair with Bill.

The insider informed People that the Gates won’t risk their reputation by heating up details around their divorce. After all, this could really hurt their chances of winning a Nobel Prize through their joint peace work. According to the source, this has been their desired goal for some time now:

"Nobody is going to want to invite more scrutiny because it'll hurt their credibility," the source says. "I don't think they're so angry that anybody wants to take each other down, like you sometimes see. [Melinda is] not incentivised for that."