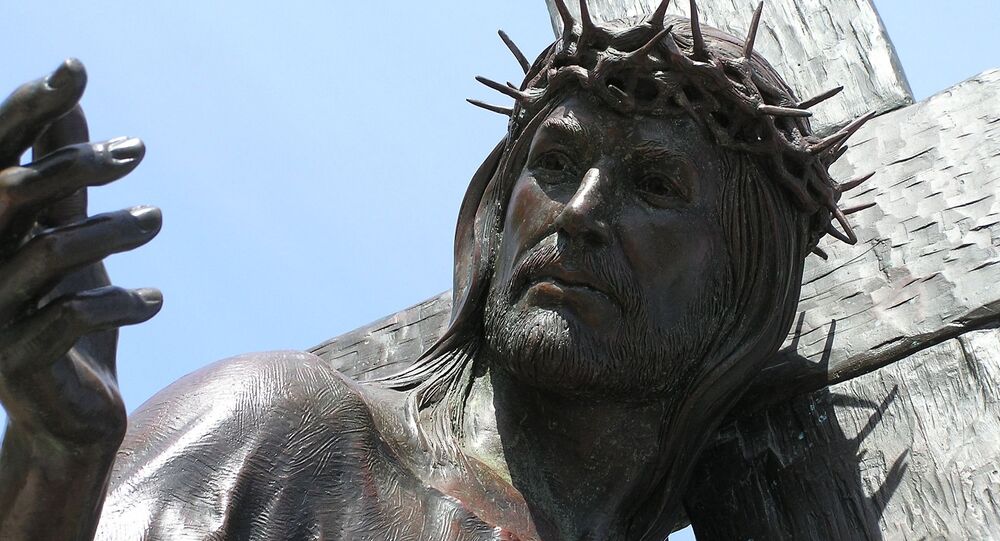 As Orthodox Christians across the world are celebrating Easter, millions of believers are directing their eyes to holy sites and sacred relics, including the remains of disciples and highly revered saints.

For obvious reasons, Jesus Christ, who ascended to Heaven 40 days after His resurrection, left no body parts on Earth - except for one: his foreskin (or prepuce). The circumcision of Jesus, which occurred eight days after His birth and is celebrated by Catholic and Orthodox Christians in January, was carried out in accordance with Jewish custom, but the existence of such a relic has remained unclear, as the Bible does not shed any light on it.

According to a Daily Beast interview with Dr Andrew Jacobs (a senior fellow at the Centre for the Study of World Religions at the Harvard Divinity School and author of Christ Circumcised: A Study in Early Christian History and Difference), the earliest mention of the relic can be found in the Infancy Gospel of Thomas, a second-century apocryphal account.

It suggested that the foreskin and umbilical cord of the Saviour had been taken by an "old Hebrew woman" and preserved in an alabaster box of oil.

Many great people believed they had obtained the prepuce of the Lord, with at least 12 such relics claimed to have been found during the Middle Ages. This list includes Charlemagne, king of the Franks, who presented the relic to Pope Leo III, and English King Henry V, who allegedly placed it on his wedding bed, using it as a fertility charm.

According to St Bridget of Sweden's "The Lord's Foreskin", the Virgin Mary kept Jesus' foreskin and later gave it to Apostle John. The medieval Catholic saint also mentioned her vision about eating the relic in Chapter 37 of her "Revelations".

Numerous relics alleged to be the Holy Prepuce were revered in Europe for centuries, but most of them were lost or destroyed during the Reformation and French Revolution, while others were stolen or went missing.

The last known relic that was claimed to be the foreskin of Christ was stolen from a church in Calcata, Italy in 1983. Since the theft, it is unclear whether any of the purported Holy Prepuces still exist.