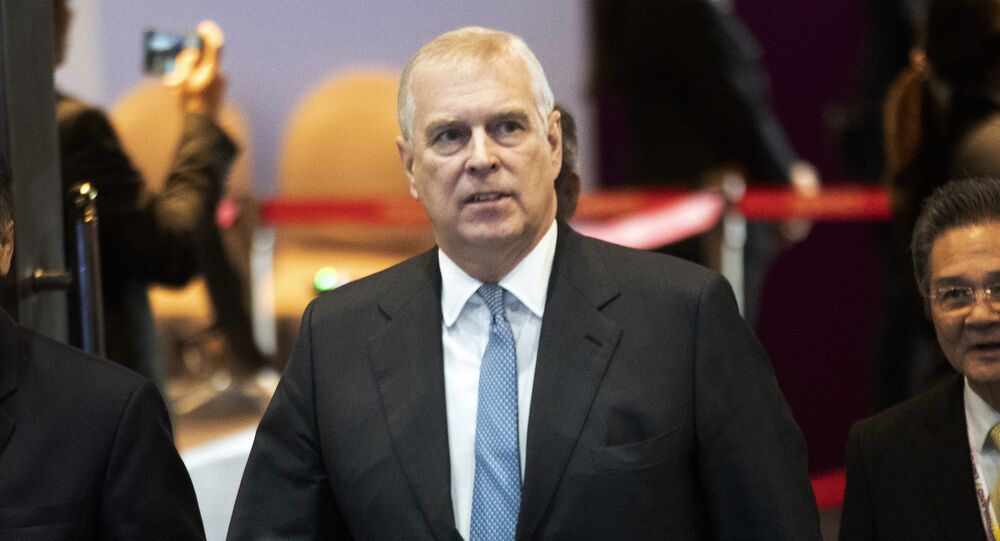 The structure of the new company, called Lincelles, ostensibly does not require it to file financial accounts or disclose income. The Duke is reportedly in control of 75 percent of the assets, although the firm hasn't yet received any funds or "paid any money out", according to his spokesman.

The Duke of York has started a business with financier Harry Keogh, who previously quit the bank Coutts in March 2018, a while after being implicated in sexual harassment, The Times reported.

In 2015, Keogh was accused of touching a woman's groin, and boasting about his sexual exploits, prompting the private bank's chief executive to recommend that he resign in the wake of an internal probe, according to The Wall Street Journal.

Yet, no court case has ever been filed, nor an investigation done by a third party.

Keogh and Prince Andrew's new joint venture, which The Times noted will serve as a vehicle for the Duke's family investments, is named Lincelles, in tribute to the 18th century battle, where British forces led by the Duke of York took on the French.

The company was formed in June 2020, just months after Andrew's explosive interview with the BBC over his alleged links to disgraced financier Jeffrey Epstein.

The entity has since been structured as an unlimited company, with the format implying that it is not required to file accounts and may not necessarily disclose its revenues.

The Duke is reportedly in control of 75 percent of the business through the sovereign Urramoor Trust set up by the Duke's private office, while Keogh, believed to be his longtime private banker who attended his daughter Eugenie's wedding in 2018, is his fellow controller. Another is Charles Douglas, a commercial lawyer – a pro in advising offshore funds and high net worth individuals, according to The Times report.

A spokesman for Prince Andrew said the Duke is no beneficiary, but a settlor of the aforementioned Urramoor Trust, which "has independent trustees".

"The Duke is not an owner of either Lincelles or Urramoor Limited as a matter of fact and law. Lincelles Unlimited has never been operational, has not received any funds or paid any moneys out", he was cited by the British edition as saying.

Back in 2019, though, The Daily Telegraph reported that the Duke had set up Urramoor Ltd, "under an assumed name to channel deals brokered in Buckingham Palace", referring to the royal's use of the pseudonym Andrew Inverness, pertaining to his formally granted title of Earl of Inverness after his marriage to Sarah Ferguson.

The Duke has been accused of bedding Virginia Giuffre when she was 17, among other girls, reportedly solicited for him by Epstein, who was found dead while awaiting trial on new sex trafficking charges, and his suspected associate Ghislaine Maxwell. Andrew has strenuously denied the claims, although admitting to the BBC that he indeed visited Epstein in New York, being unaware of his illicit activities.

In late 2019, Andrew released a public statement that he was keen to help American law enforcement with their investigation into allegations of lewd acts by Epstein, but FBI agents and federal prosecutors have since said no response came from the Duke's lawyers to their inquiry.