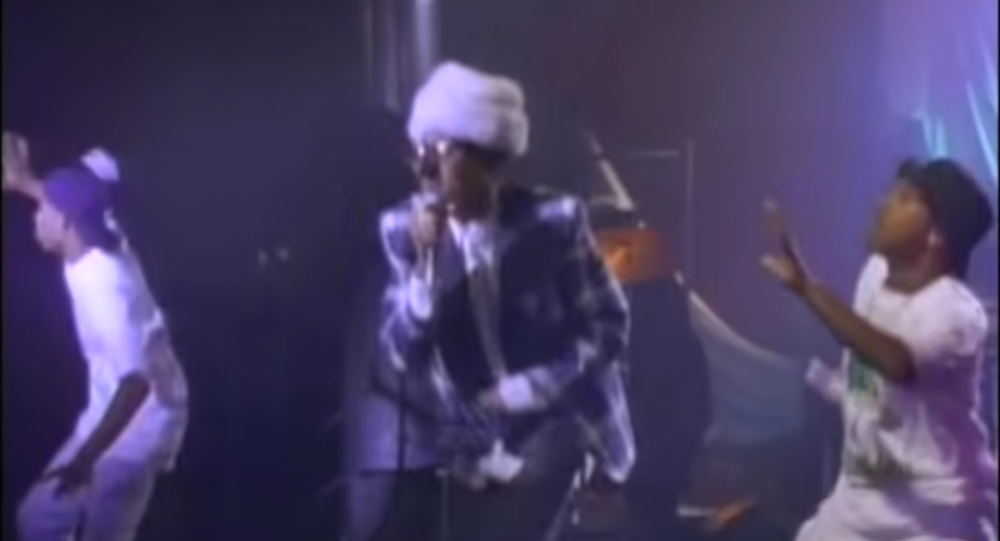 Gregory Edward Jacobs, known professionally as Shock G, was found dead in a hotel room in Tampa, Florida on Thursday. He was 57. No cause has been given for his death.

As one of the founders of the innovative rap group the Digital Underground, which formed in Oakland, California, in the late 1980s, Shock G rose to prominence as its enthusiastic and charismatic lead vocalist.

The band had such early-90s hits as “The Humpty Dance,” “Doowutchyalike” and “Kiss You Back.” Shock G was known for performing in different personas, most notably the character of Humpty Hump, in which he performed the trademark “Humpty Dance.”

The Digital Underground was also responsible for discovering the late rapper Tupac Shakur. Shakur’s music debut for a major label was as a featured guest on “Same Song,” a song where Shock G performs in both his regular and Humpty Hump personas.

“Same Song” was included in the soundtrack for the 1991 comedy film “Nothing But Trouble,” wherein both Shock G and Shakur performed the song for Judge Valkenheiser, played by Dan Aykroyd, alongside the rest of the band.

RIP Shock-G/Humpty Hump. I remember when NWA’s road manager Atron said he had a group called Digital Underground. He played DOWHATCHALIKE video & I went crazy. I had to sample DU on JACKIN FOR BEATS and WHO’S THE MACK. And nobody had a better stage show. A true Bay Area original. pic.twitter.com/skrOoM1Rsv

​Reacting to the news of Shock G’s passing on Twitter, rapper Ice Cube wrote “RIP Shock-G/Humpty Hump. I remember when NWA’s road manager Atron said he had a group called Digital Underground. He played DOWHATCHALIKE video & I went crazy. I had to sample DU on JACKIN FOR BEATS and WHO’S THE MACK. And nobody had a better stage show. A true Bay Area original.”

Actresses Viola Davis and Leslie Jones were quick to pay homage to the late performer on Twitter as well.

RIP Shock G. Thanks for the joy you gave me. Rest well 🙏🏿💛 pic.twitter.com/U9DedgoEcz

Damn another gone!! 57 is not old damnit!! We was just dancing to his song!! RIP SHOCK G!! pic.twitter.com/oFcCt0Fn8c

​Other fans and celebrities took to Twitter to pay tribute to the late trailblazer.

Shock G is gone. Rest in Power. A pioneer and an innovator. I can’t believe it. My condolences to his friends and family. #ShockG pic.twitter.com/no9jBdAnnK

Digital Underground’s performance in Nothing But Trouble was my favorite part of the movie. RIP #ShockG pic.twitter.com/dDi27NJY2z