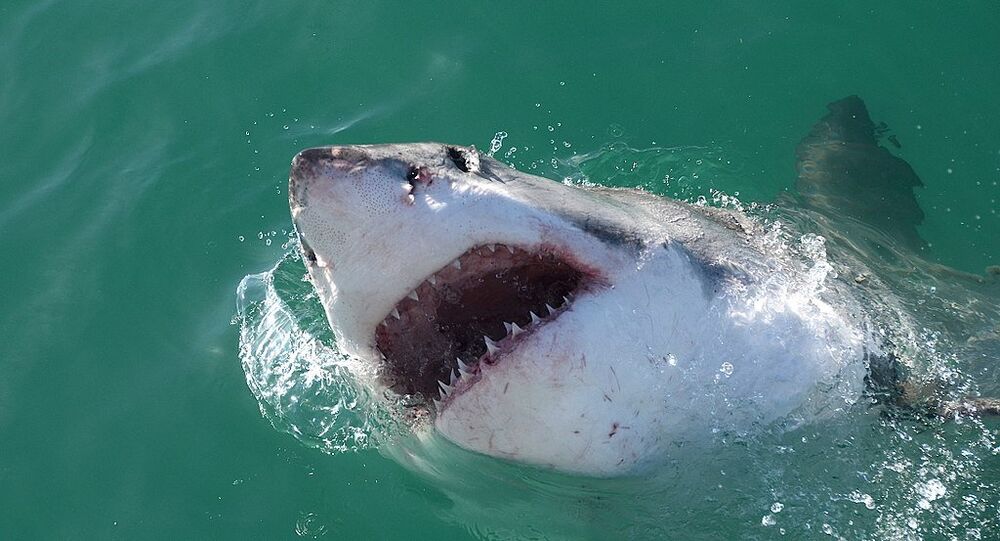 Jarid Norman, 38, said he has encountered sharks more than 100 times, but this is the first time that one of the fish has attacked him. The fisherman said he initially didn’t feel anything and after seeing blood, thought that he had accidentally injured himself with a spear.

A South African man had a nerve-rattling rendezvous with a shark while he was fishing for rock cod off the coast of Umdloti. Jarid Norman said the predator was not as massive as the one shown in Steven Spielberg’s Jaws, but that it was quite big. The shark at first had no intention of attacking him, Norman claims, as it was interested in the rock cod he had caught.

"Then he decided, right I'm not going to get and must've turned and nicked me. It felt like something just punched me in the head", the fisherman said.

After emerging from the water, Norman felt that there was something in his head. After seeing blood on his head, he realised that the shark had bit him and left him a small souvenir.

Warning: the following video contains scenes that may be disturbing to some viewers.

WATCH: A Durban Spear fisherman pulls a tooth out of his head after a close encounter with a small shark

The ​KwaZulu-Natal Sharks Board has asked the fisherman to give them the tooth fragment to find out what kind of shark attacked him. "They want to explore why the sharks are becoming a little bold and getting a bit closer than usual", Norman told reporters.