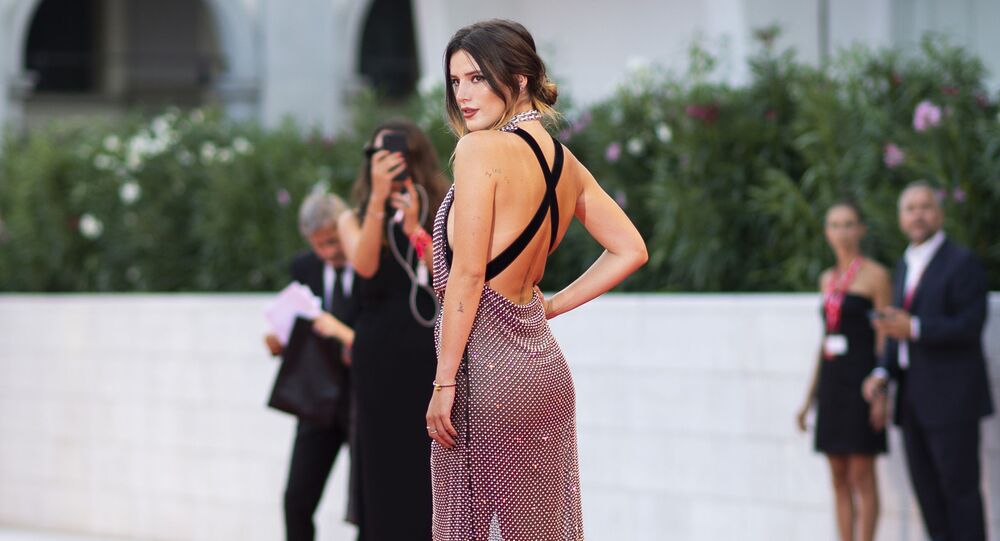 'Don’t Give a F**k': Bella Thorne Won't Yield to 'Cancel Culture' But Wants Her Own Women-Only Site

Bella Thorne really doesn't want to give in to “cancel culture."

The former teen star has told NME that it would make her “sad” if she quits public life because of pressure from the media and “all the annoying people sitting behind a screen wanting to bully people off the internet” just because they're “bored.”

“If you’re a public figure, you’re always weighing up how much of yourself are you willing to give up? These questions run [through] my mind all the time so I don’t have an answer yet…” the actress said, while reflecting on her previous feuds with some magazines and the paparazzi.

The overt sexualisation of her image since her post-Disney years and the “crazy” labels given to her by the media have left their mark on Thorne. After all, she's an actress and musician – and likes to be liked, but sometimes bullies just go too far, Thorne believes. She says she won’t yield to this:

“That’s why I keep fighting, even when I’m going through terrible shit in the media or I feel like wanting to die inside my bed,” she explained.

The actress had a tough time when she joined the OnlyFans platform last summer, earning a record-breaking $1 million in subscriptions in just 24 hours – she was immediately accused of “scamming” people for allegedly failing to provide “nude” content as she promised.

The platform responded to her money-grabbing presence with a $100 cap on fan tips and by limiting the price on “exclusive” pics for content creators to $50. Although OnlyFans publicly maintains that the new rules have nothing to do with Thorne, many sex workers who were using the platform as a primary source of income during the pandemic were left furious with the "Infamous" star. She even later had to apologise.

“If I make it, I’m gonna spend a lot of time thinking about what is gonna make these kids feel better about themselves and give them a platform to be themselves?” Thorne then boldly concluded:

“I don’t give a f**k about freedom of speech when it comes to bullying – I will be taking away accounts and checking IP addresses and shit.”

It’s not clear whether she mean clips like the one featuring booty-shaking Abella Danger will make users feel happy on her dreamy platform.