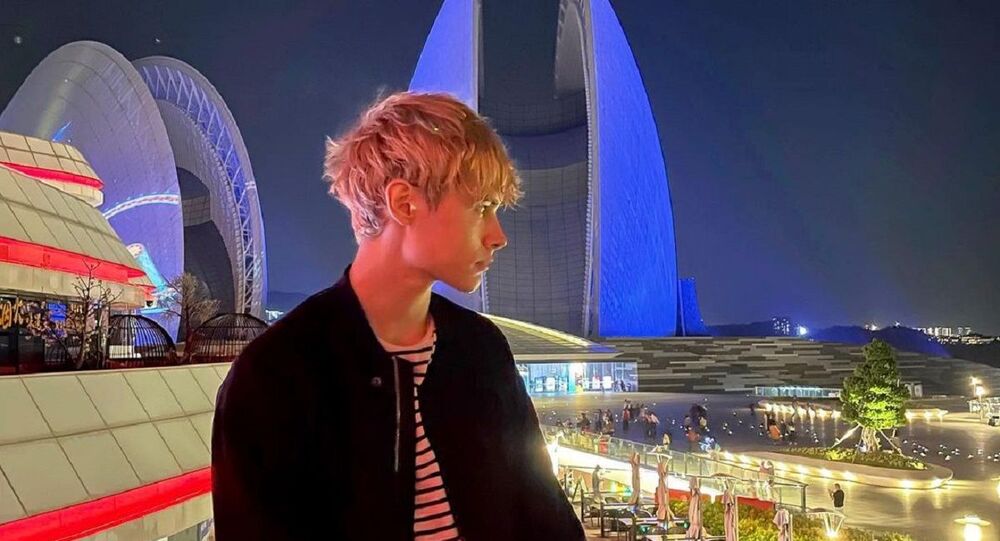 Fame, accolades, and glory is what many participants of talent shows are after, but for a resident of Vladivostok, the glamorous life of a pop idol has turned into a personal hell with no apparent way out - and his immense popularity is to blame for this predicament.

Vladislav Ivanov, a 27-year-old Russian man, has become a celebrity in China ... and he is not happy about his fame at all.

The young man from Russia's Far East came to China for studies and just like many students, he took up a part-time job - in his case, as a translator on the popular Chinese TV show Produce Camp 2021.

The show's organisers found themselves looking for a new competitor and they turned to none other than Ivanov, who accepted the offer, thinking that he'd be kicked out in a matter of weeks.

What he could not have imagined was that the public would simply love his amateurish, unemotional performances, which only propelled him further to the finals.

Alas, his contract binds him to stay on the show or else he would be obliged to pay a hefty fine - an article of the contract Ivanov, who is now known under his stage name Lelush, apparently did not read closely.

The poor guy is now forced to continue entertaining the public, even despite numerous interviews in which he said he is feeling trapped and called the show "cringe". One of the songs he performed was even called "Let Me Go Home".

Some social media users have started the hashtag #FreeLelush, concerned about the man's mental wellbeing.

​The final of Produce Camp 2021 is slated for 23 April. The winner will be offered a contract to become a member of a boy band.