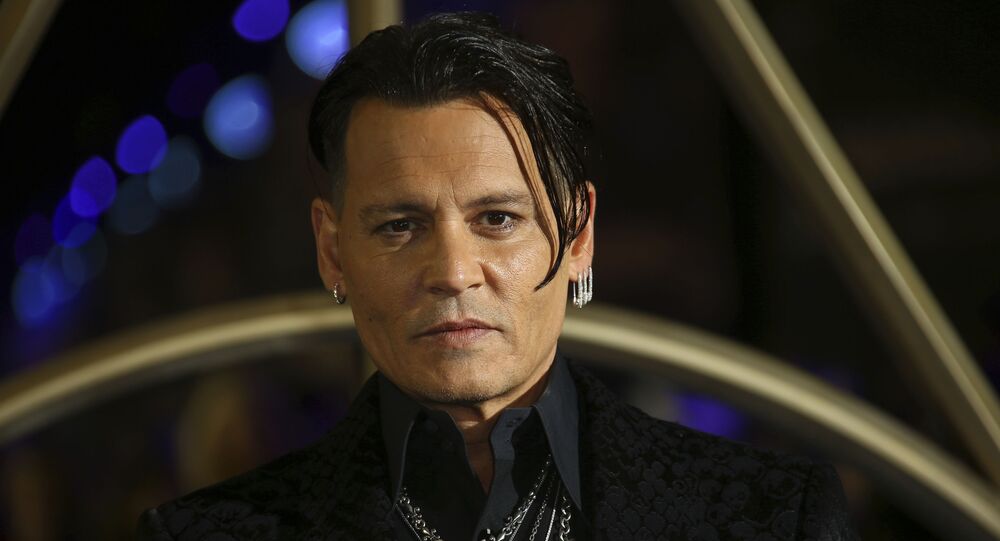 The couple tied the knot in 2015, but 15 months later Heard filed for divorce citing domestic abuse. The actor categorically denied the accusations. Eventually the pair reached a $7 million settlement that said that their marriage had been bound by love and that there had been no intention to cause physical or emotional harm.

Johnny Depp’s messy relationship with actress Amber Heard will become the subject of three TV shows, the Sun reported citing an anonymous insider. According to the source, the shows, which are already being made both in the United States and in Britain, will focus on the physical abuse allegations made against him, his court battle with Heard and the way it affected the actor’s career.

"[The shows] will make for excruciating viewing for Depp who’d probably wish the whole disastrous saga would go away. But the story of how a multi- millionaire who was box office gold was the author of his own downfall is just too sensational a subject not to explore,” the source told the Sun.

One of the shows made by a UK production company Optomen for local ITV network has a working title "Depp vs Heard" and has been filming since last summer, the insider claimed.

The development comes three weeks after Depp’s legal team failed to appeal the verdict against publishers of the Sun in the so-called "wife-beater" case. Depp sued News Group Newspapers and the Sun’s executive director Dan Wootton for libel, but the judge ruled that 12 of the 14 alleged incidents of domestic violence mentioned in the newspaper’s article had occurred and highlighted three incidents in which he said Depp had put Heard in "fear for her life".

The actor’s lawyers called the decision "flawed" and filed for an appeal, in which they cited new evidence, which reportedly may influence the judge’s decision. However, a UK High Court rejected the appeal.

The court saga began in 2019 after his ex-wife penned an op-ed in the in The Washington Post in which she spoke about being a victim of domestic violence. Although Depp was not mentioned in the article, he nevertheless sued his ex for $50 million, saying it was clear she meant him. Depp has categorically rejected all accusations of domestic violence, which he described as Heard’s elaborate hoax to promote her career. The trial is scheduled for April 2022.

The actor’s lawyers previously alleged that Heard herself was violent. During the trial against the publishers of the Sun newspaper, Depp’s legal team presented evidence showing the actor with a severed finger and bruises, as well as an audio tape where Amber can be heard saying that she had hit Depp and started fights.

The loss of the libel case affected the actor’s career. Warner Brothers asked him to resign from the role of Gellert Grindelwald in JK Rowling's Fantastic Beasts saga. The news provoked a torrent of indignation from the actor’s fans, who claim he is innocent. In response they launched a petition calling for Heard’s removal from Aquaman 2. The petition has gathered almost two million signatures.