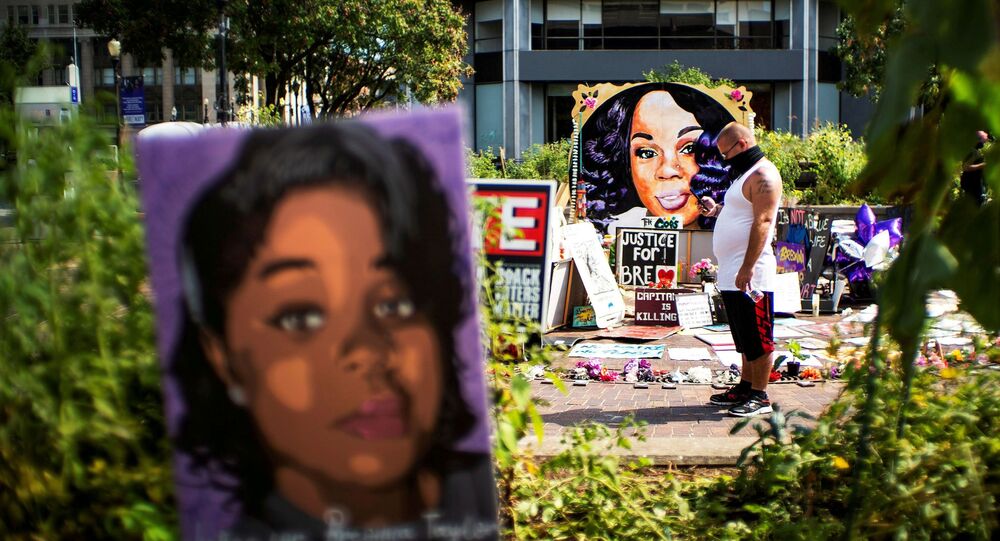 Breonna Taylor, a 26-year-old woman, was fatally shot in her Louisville, Kentucky, apartment on March 13, 2020, after three plainclothes officers forcibly entered her apartment as part of a suspected drug raid.

On Friday, Kentucky Gov. Andy Beshear (D) partially banned no-knock warrants in the state, amid a year of demonstrations over the shooting death of Breonna Taylor.

A no-knock warrant is a search warrant that allows police officers to enter a premise without first knocking and declaring their presence. Under the warrant, officers can identify themselves after they have already entered a premise.

In the Taylor case, a no-knock warrant was issued as part of a Louisville Metro Police Department narcotics investigation.

Under the new bill signed into law, no-knock warrant can also be used if there is “clear and convincing evidence” that the crime being committed “would qualify a person, if convicted, as a violent offender,” the Associated Press reported.

In addition, the new law stipulates warrants can only be executed between 6 a.m. and 10 p.m. An emergency medical technician (EMT) must also be on standby while the warrant is being conducted. Judges in Kentucky will also be required to sign warrants legibly when approving them.

The three officers involved in the Taylor case are Jonathan Mattingly, Brett Hankison, and Myles Cosgrove.

The only officer involved in Breonna Taylor’s death who has been charged is Hankison, who faces wanton endangerment charges for firing shots into Taylor’s neighbor’s apartment. Myles Cosgrove, who fatally shot Taylor, and Joshua Jaynes, who sought the warrant for the drug raid, were both fired in January, NPR reported at the time.

The firing of these two offices comes after Hankison was fired in September 2020 on charges of endangering Taylor’s neighbors.

Protest in Louisville One Year After Breonna Taylor’s Death