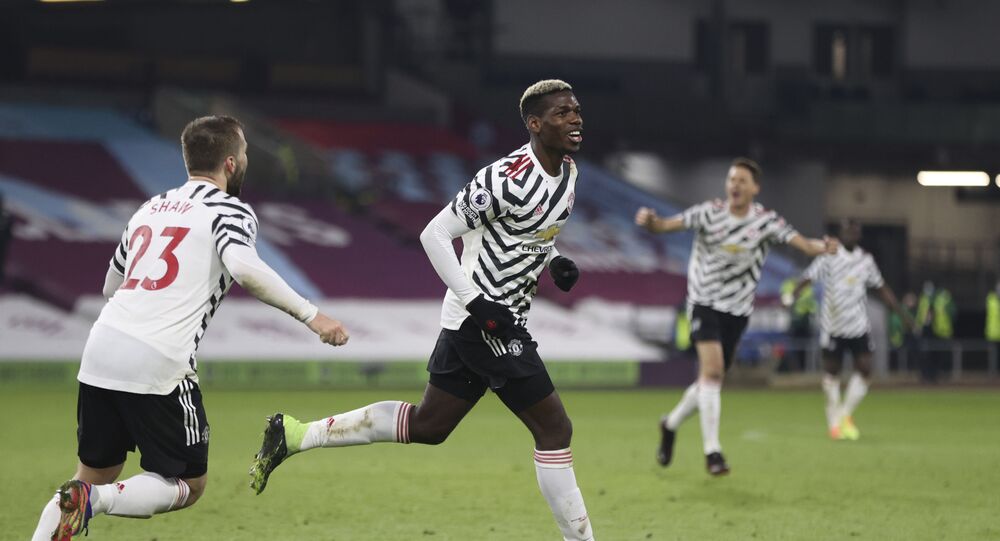 Spanish officials are now trying to figure out how the man managed to sneak into the stadium as the match was played behind closed doors. The naked criminal was arrested by police officers, but was later freed having received a reprimand.

The naked man who ran on to the pitch, halting Manchester United’s game against Granada in UEFA’s Europa League, is celebrity nudist Olmo Garcia, UK media has reported. The man has achieved notoriety in Spain recently, appearing naked in different places. Newspapers and media outlets in the city of Granada often appear with the headlines "the naked man returns".

Fun fact, this man is from Granada and lately he has been in the news al lot. His name is Olmo García. pic.twitter.com/A2p3OyXv8r

​Last December, Garcia climbed into a niche in Granada's 16th-century cathedral and sunbathed for a while. He was taken down by the fire brigade. He is regularly seen in malls and streets and once he even completed a Christian pilgrimage, the Camino de Santiago, walking hundreds of miles au naturel.

It seems that Olmo Garcia is not only oblivious to public disapproval but also of the cold as he has also been seen naked on top of Sierra Nevada, where temperatures drop to as low as 17 degrees Fahrehneit (-8 Centigrade). He is so popular that he has become a meme.

​Commenting on his bizarre behaviour, Garcia said that he strips off to raise awareness about "human and environmental sustainability” and insists that nudity has psychological benefits.

"For me it is a way to claim purity, peace - to show that when you take off your clothes you are more sincere with everything that surrounds you," he said.

His appearance on the pitch during Thursday’s game sparked a number of remarks.

​Because of his curly hair and beard he was compared with Liverpool’s star Mohamed Salah.

Tweet: "What the hell is "Mo" Salah doing in Granada?", wrote one user.

Other users thought that the streaker looked like a character from a popular survival drama directed by Robert Zemeckis or former Man United star Marouane Fellaini.

Other netizens remembered other streakers.

​One user contended that life is finally getting back to normal after the coronavirus pandemic.

​The Spaniard’s stunt failed to help his compatriots win the game against Manchester United. Granada lost 2-0. The Red Devils' manager Ole Gunnar Solskjaer was happy with the result, but noted that United will be playing the second match against Granada without three main players.