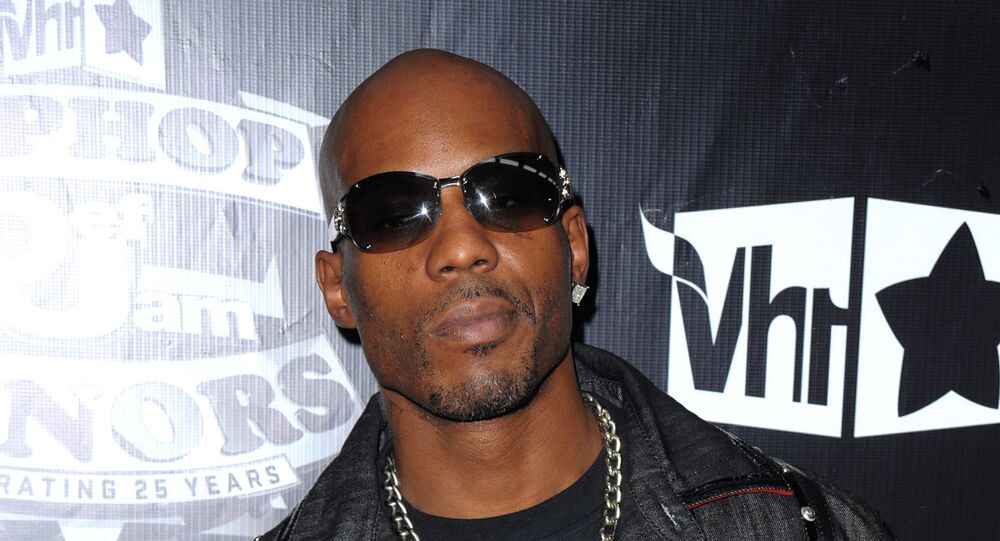 Earlier in the month, reports circulated in the media suggesting that rapper DMX had suffered a heart attack after a drug overdose, speculating that he was in "grave condition". Official representatives for the rapper did not provide details on his well-being, only revealing that he was hospitalised and received treatment in a critical unit.

Manager of rapper DMX Steve Rifkind refuted rumours on social media that suggested on Thursday that the 50-year-old musician had died.

"DMX is still alive and he is on life support," Rifkind said in a video statement.

Despite there being no immediate official confirmation of the death speculations, many users had spread the news and expressed their grief.

The account SAINT, which was alleged to be the first one to break the unconfirmed news on Twitter, initially posted a tweet saying "DMX has passed away at the age of 50". However, the tweet was deleted within an hour of being posted.

​Later, SAINT offered an explanation, saying that initial tweet was posted after a statement from the rapper's friend Luenell Campbell's now deleted Instagram stories that asserted that DMX was "gone".

We have deleted the tweet out of respect for DMX and his loved ones.

A close friend of DMX posted this on her Instagram story, has since been taken down.

We apologize for any confusion.

Prayers still going out to him and his family❤️ pic.twitter.com/K3KlxGIuIH

Ignoring the lack of official information on DMX's condition, many people, including prominent media figures, have already expressed their condolences.

I was fortunate enough to meet #DMX many times but my favorite memory was when he & @sherrieshepherd were in an airport together & She called me and X took the phone and we talked, laughed & prayed a good 30 minutes.. I wish we had more time. RIP pic.twitter.com/mMKlnf38k8

Rest in power DMX. I hope whatever chance you get next is better than this

🙏🏽😕 RIP DMX “I could drop dead right now and my last thought would be I’ve had a good life” rest in heavenly peace king 💙 #DMX #ripdmx pic.twitter.com/97nFEB51ZG

Earlier in April, reports emerged suggesting that DMX, whose real name is Earl Simmons, suffered a heart attack after a drug overdose, with some speculating that the rapper was in "grave condition" or even in "vegetative state". However, official representatives for DMX only confirmed that he was admitted to the critical care unit, without elaborating on his condition.

His lawyer Murray Richman told NBC News on Sunday that medics had to "resuscitate" the rapper after the incident, but at the time he was taken off life support and was breathing on his own.