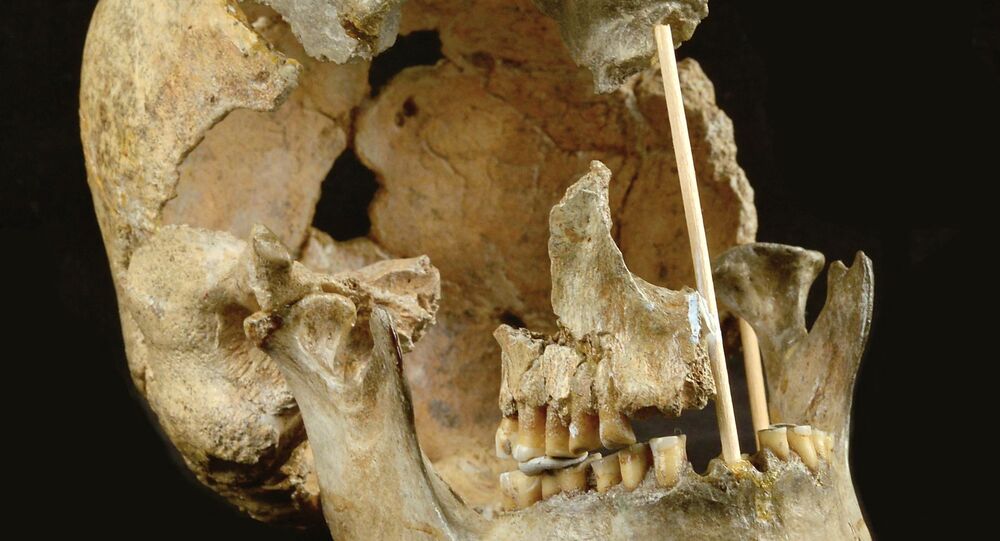 Oldest Human Genome Ever: Researchers Reconstruct DNA of Woman From Over 45,000 Years Ago

Analysis of the woman’s skull discovered in the Czech Republic, reveals she was among the first Homo sapiens to live in Eurasia after our species moved out of Africa.

The oldest human DNA ever found belongs to a woman who lived in what is today the Czech Republic over 45,000 years ago, a study published in Nature Ecology & Evolution has found.

The ancient human genome, as well as the one from Neanderthals have shown that the former and the latter likely interbred somewhere in the Near East after the early Homo sapiens left the African continent some 50,000 years ago.

Consequently, all people residing outside Africa typically carry around 2% to 3% of the Neandertal genome. It became shorter over time, so that their length is now used to determine when exactly the genome holder lived.

For instance, the DNA of the woman known to researchers as Zlatý kun (golden horse in Czech) appeared to show longer stretches of Neanderthal DNA than the 45,000-year-old Ust'-Ishim individual from Siberia, the so far oldest modern human genome.

Analysis suggests that she was part of a population that formed before the groups that gave rise to present-day Europeans and Asians split apart.

"The results of our DNA analysis show that Zlatý kun lived closer in time to the admixture event with Neanderthals", says Kay Prüfer, co-lead author of the study, based on modern-day radiocarbon dating and genome determination technology.

To be more exact, the team estimate that the woman lived just 2,000 years after the first interspecies “mingling” between Neandertals and humans, with the person’s DNA not seen in either Asians or Europeans, the researchers found.

“It is quite intriguing that the earliest modern humans in Europe ultimately didn't succeed! Just as with Ust'-Ishim and the so far oldest European skull from Oase 1, Zlatý kun shows no genetic continuity with modern humans that lived in Europe after 40,000 years ago”, says Johannes Krause, senior author of the study and chief researcher at the Max Planck Institute for Evolutionary Anthropology in Leipzig.

One possible reason for the discontinuity is the Campanian Ignimbrite volcanic eruption roughly 39,000 years ago, which hugely impacted climate in the northern hemisphere and likely reduced the survival chances of Neanderthals and early modern humans in large swathes of Ice Age Europe.