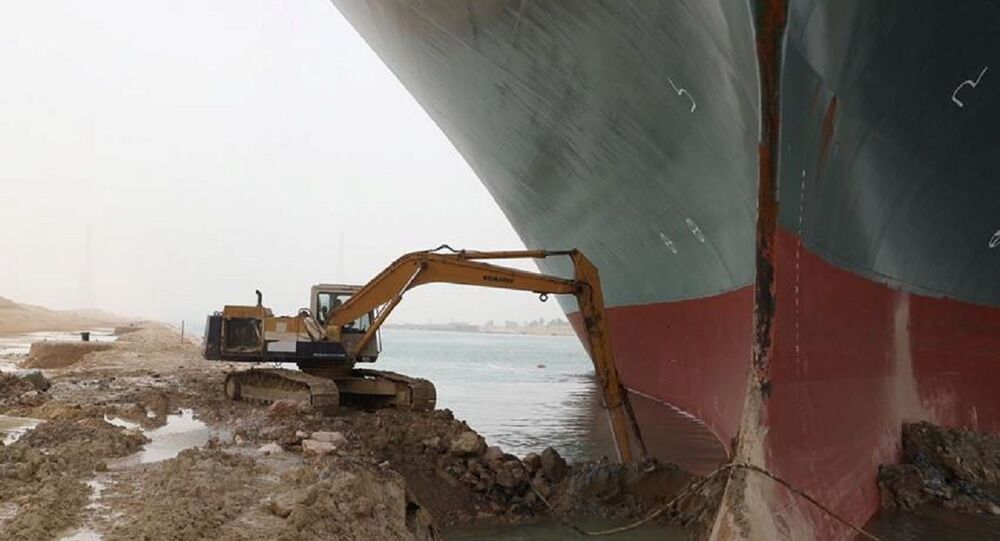 The huge vessel operated by Taiwanese container transportation and shipping company, Evergreen Marine, blocked the Suez canal - one of the world’s busiest shipping lanes - on 23 March. High winds, a sand storm and poor visibility contributed to the blockage.

The man, who was instrumental in freeing the giant container ship that disrupted global trade has said he didn’t like becoming a meme. Social media was flooded with jokes after Ever Given, one of the largest container ships in the world, was blown off course and blocked the Suez Canal. The image showing a small excavator digging ground and mud encasing the ship instantly became a meme.

This is officially the most accurate boat meme. pic.twitter.com/ekmMHcVZAM

​However, for 28-year-old Abdel-Gawad, it was no laughing matter. The young man revealed that he worked tirelessly during the six days, sleeping only three hours a day. Abdel-Gawad said his biggest fear was that instead of refloating the giant vessel he would destabilise it and cause it to fall.

The young man revealed that although he did not enjoy the world’s attention and the plethora of jokes about his work, he felt proud of the part he played and wanted to free the ship so that people could say "He did it".

Ever Given was refloated on 29 March and the traffic in the Suez Canal resumed the next day. According to the newspaper, Lloyd’s List, each day of blockage cost an estimated $9.6 billion in goods not being delivered.