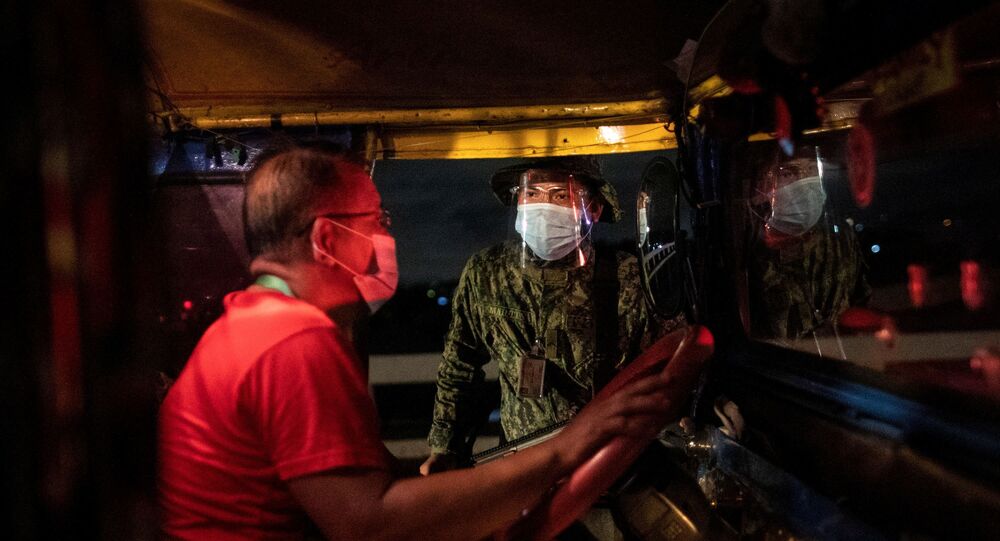 The Cavite province of the Phillipines, according to reports, has imposed a strict coronavirus-related curfew from 6 pm to 5 am. The country has registered over 812,000 COVID cases with about 13,800 fatalities.

A Philippines man has reportedly died after being forced to do 300 squats as punishment for breaking a COVID curfew, according to a Tuesday Rappler report.

Darren Manaog Peñaredondo, 28, was reportedly out after 6 pm to buy drinking water on 1 April in General Trias, Cavite, when he was detained by village guards.

"He told me that they were brought to the Plaza Malabon in front of the municipal hall. And then, they were told to do pumping exercises 100 times. The enforcers also said that if they were not in sync, they would repeat it. He also told me he stumbled while doing the exercise", Reichelyn Balce, the man's partner, told Nappler.

After he returned home, according to Balce, he could barely walk or stand up. The next day, he reportedly had seizures and lost consciousness, and died shortly after.

Following the reports, the General Trias mayor, Anthony Ferrer, announced that an investigation into the incident had been launched. Ferrer denied that violators of teh coronavirus curfew are subject to physical exercise as a form of punishment.

"The leadership of the City Government of General Trias [...] values ​​the implemented health policies to prevent the further increase of COVID-19 cases in our community", Ferrer wrote in a Facebook post. "In implementing the said policy, it has never been part of our policy to hurt or torture anyone who violates it."

Lt. Col. Marlo Nillo Solero, chief of the city police, also denied that excessive exercise is used as punishment for violating the curfew.

“As to the claims of pumping, we don’t give such punishment,” Solero said, cited by Nappler. “Instead, we conduct lectures.”