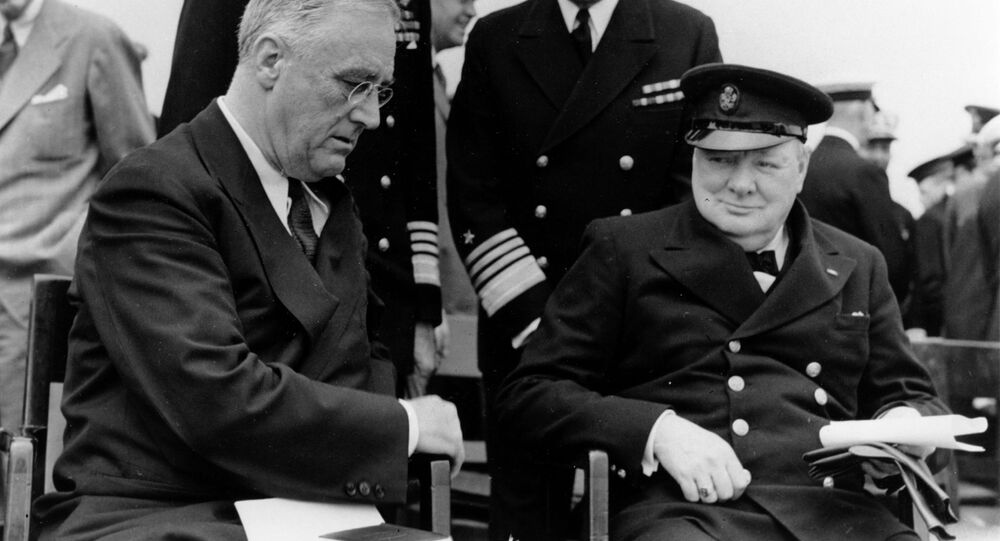 The broadcaster left ITV’s Good Morning Britain after attracting controversy over comments he made in early March questioning claims made by Meghan Markle and Prince Harry about their mistreatment by the royal family. He has gone on to say that his decision to leave was motivated by his belief in free speech.

Piers Morgan has told Fox host Tucker Carlson that he bought a half-smoked cigar belonging to Winston Churchill for 2,600 pounds at an auction in 2018 because the former prime minister “never surrendered.”

Speaking to Carlson on Monday in his first television interview since leaving Good Morning Britain, Morgan said he occasionally looks to the cigar to get a boost of inspiration when he starts getting thoughts about “rolling over” and giving up to “wokeism.”

Churchill left the half-smoked cigar behind during his voyage aboard the HMS Duke of York in December 1941 to meet US President Franklin Roosevelt, shortly after the US had entered the war against Nazi Germany and Imperial Japan.

I feel so patriotic today that I just bought Sir Winston Churchill’s half-smoked wartime cigar at an auction. 🇬🇧🇬🇧 pic.twitter.com/dm3W3mXKYK

The wartime prime minister, Morgan said, remains his “hero,” because he “never surrendered to anybody ever.”

“Obviously no one can invoke his spirit, but you can invoke part of his spirit. Just never give up and never give in on the point of principle,” the British talk show host said. “Stand up for what you believe in. As Churchill himself said, if you’ve got enemies good, because it means you stood up for something you believe in sometime in your life. Isn’t that a good maxim for all of us to have in life?”

© REUTERS / TOBY MELVILLE
Piers Morgan Defends His Critique of 'Delusional' Meghan Markle in First Interview Since GBM Leave
In the interview, Morgan went on to stress that he still doesn’t believe Prince Harry and Meghan Markle’s claims in last month’s tell-all interview with Oprah Winfrey, in which Markle revealed that she felt suicidal during her pregnancy and reported “concerns” from some in the royal family about the skin tone of her unborn child.

Morgan questioned the claims, and told Tucker that he was put under pressure by ITV to apologize for his words after receiving over 57,000 complaints to Ofcom, Britain’s television regulator, including from the duchess herself. He added that when he refused, resignation was his only option.

The media personality said he would continue to defend the royals and reject Markle’s allegations, suggsting that over a dozen claims she’s made have been proven false or exaggerated.

Winston Churchill regularly tops lists of the greatest Britons, mostly for his decision to refuse to surrender to the Nazis as his country stood alone in Europe after the 1940 surrender of France, which left Nazi Germany in control of most of continental Europe. Less flattering facts about the politician, such as his commissioning of plans to nuke the UK's erstwhile Soviet allies to smithereens in the immediate aftermath of WWII, his role in starting the Cold War, and his possible responsibility for the 1943 Bengal Famine, which killed as many as 3 million people in British India, are often swept under the rug.

75 Years Since Churchill's 'Iron Curtain' Speech: How Britain and the US Split the World in Two