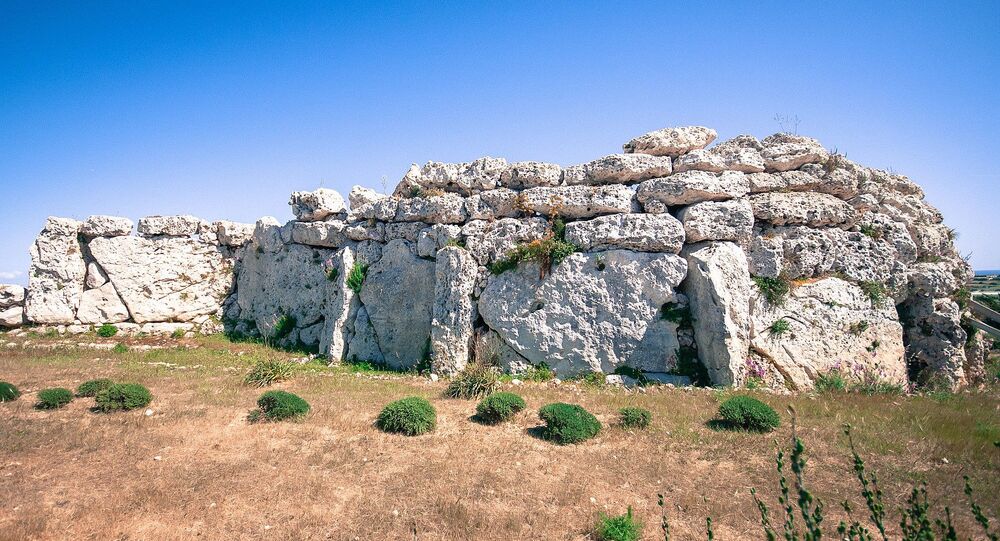 An archaeology professor from Cambridge University named Simon Stoddart described building flats so close to the temple as “a tragedy and a sign of pure greed.”

Plans to erect a block of apartments about 200 metres from the Ggantija Temples, a megalithic temple complex and UNESCO World Heritage located on the Gozo island of the Maltese archipelago, have sparked protests from the locals and British archaeologists, The Times reports.

According to the newspaper, numerous complaints have already been sent to the Maltese planning authority, with protesters complaining that the structures would "block the sight lines from the temple" while "unexcavated remains" at the site may be imperilled by the construction of an underground garage.

"This temple was older for Pericles than Pericles is for us," said Simon Stoddart, an archaeology professor at Cambridge University. "To build flats 200 yards from it is a tragedy and a sign of pure greed."

Speaking to The Times of Malta, Stoddart insisted that "not only would the proposed development be roughly the same height above sea level as Ġgantija but the deep nutritious soil deposits around the front of the development will be utterly destroyed."

"Of course, before we look we cannot tell but such a development would most likely result in the loss of invaluable archaeological information. Based on what we’ve found in the surrounding areas, we’ve looked at how society in Xagħra thrived and declined by looking at pollen and soil isotopes as well as animal and human DNA," he said. "On the other side of the circle we’ve seen incredible deposits lying just under the ground. The whole plateau is rich with such material and should be protected."

The archaeologist also noted that he would be "equally up in arms" if such development were to be proposed close to a site like Stonehenge.

"National monuments can be threatened by economic development, which is a shame. We have to find a healthy balance that preserves the integrity of both," he stated.