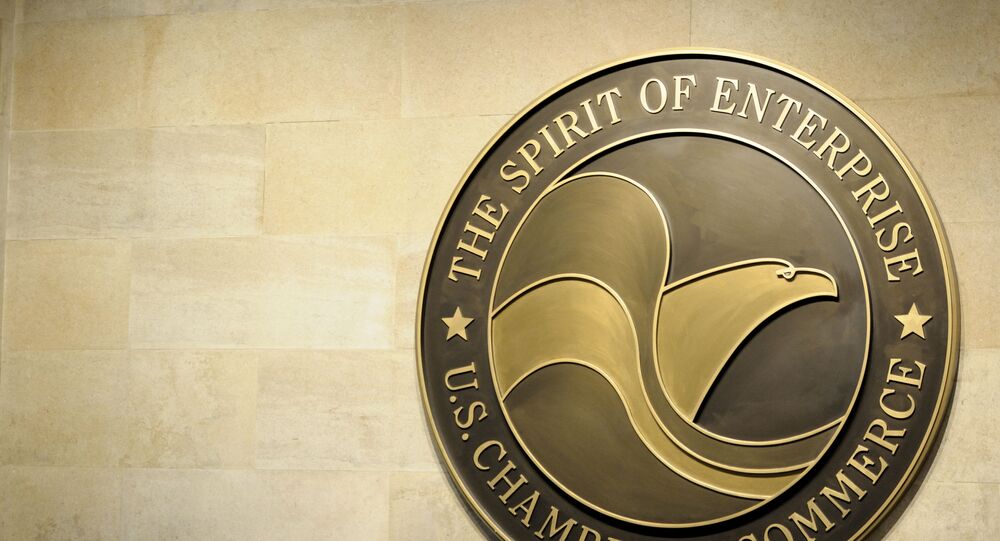 After hundreds of people, including former US president Donald Trump loyalists, stomped the US Capitol on January 6 in an attempt to overturn the 2020 election results, several organizations, including the US Chamber of Commerce, said it would halt political contributions to lawmakers who railed against the certification of Joe Biden’s presidency.

This week, Accountable.US, a nonprofit that aims to expose government malfeasance, urged eight major companies, including Disney, Google and Pfizer, to dissociate from the US Chamber of Commerce, a business lobbying group, over its decision to reinitialize donations to Republicans who attempted to disrupt the electoral process and prevent Biden’s victory.

According to the nonprofit, the US Chamber of Commerce in January implemented a temporary pause to donations to 147 Republican members of Congress who voted against certifying the 2020 Electoral College results.

However, the organization in March “reversed course and announced it would be resuming political giving, even for those who voted against certifying the results of the US presidential election."

“We understand that Disney announced it has suspended its own political giving following the Capitol insurrection. Since the Chamber’s stance directly conflicts with your own, we urge you to disassociate Disney from the US Chamber of Commerce. By continuing membership and financial support to the US Chamber, Disney is violating the spirit of the pledge you made following the insurrection,” the nonprofit’s president Kyle Herrig wrote in a letter obtained by The Hill.

However, in a statement last month, the US Chamber of Commerce defended its choice to not base its decisions to support members of Congress based on their votes against certifying the Electoral College results.

“We have never heard of accountability.us — they appear to be yet another partisan attack organization — but the Chamber’s position on political giving was made after consultation with more than 100 members (as outlined in this memo),” a Chamber spokesperson said in an email to The Hill.

“We do not believe it is appropriate to judge members of Congress solely based on their votes on the electoral certification. There is a meaningful difference between a member of Congress who voted no on the question of certifying the votes of certain states and those who engaged and continue to engage in repeated actions that undermine the legitimacy of our elections and institutions,” Ashlee Rich Stephenson, Chamber senior political strategist, also noted in a statement to The Hill.

The US Department of Justice (DoJ) is still working to bring charges against the rioters who stormed the Capitol in January. A Politico analysis released last week shows that almost a quarter of the more than 230 rioters publicly charged are facing misdemeanor charges.