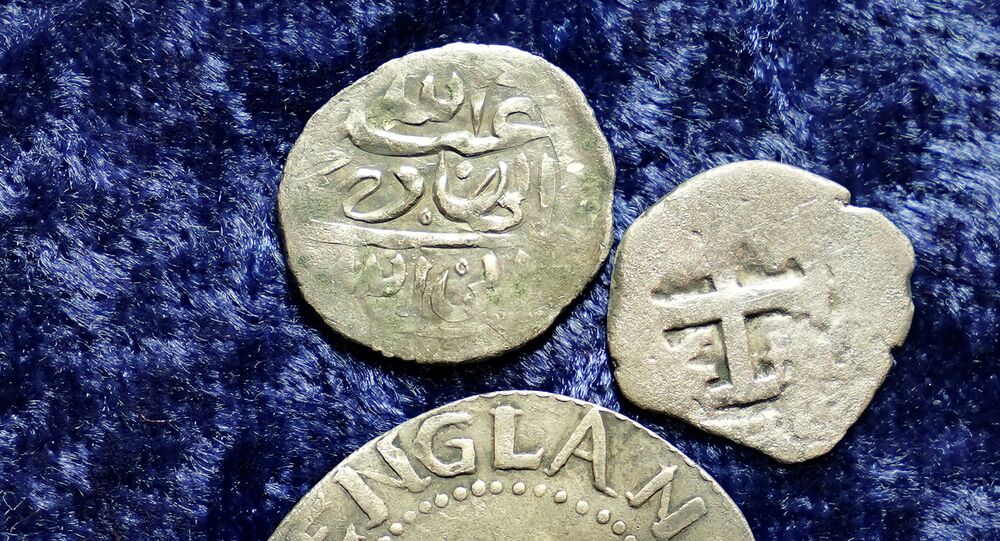 The coins, which are among the oldest to have ever been found in North America, were minted in Yemen around 1693, subsequent research has shown. Scientists were instantly perplexed by the discovery since there is no evidence that American colonists trying to survive in the New World traveled to the Middle East for trade until decades later.

A handful of coins found in a pick-your-own-fruit orchard in the state of Rhode Island and other parts of New England in the US could help solve one of the world's oldest unsolved mysteries, the Associated Press reported.

The case being the one of a murderous English pirate of the Atlantic and Indian oceans from the late 17th century who became the world's most wanted fugitive after plundering a ship carrying Muslim pilgrims from Mecca back to India, then eluded capture by posing as a slave trader.

The pirate ship Fancy, commanded by the Notorious Capt. Henry Every, ambushed and captured the Ganj-i-Sawai, a royal vessel owned by Indian emperor Aurangzeb, on September 7, 1695. Not only were the worshipers returning from their pilgrimage, but there was also an enormous wealth of gold and silver on board.

The ancient pocket change, which is among the oldest ever discovered in North America, can explain how the pirate vanished after the crime.

Jim Bailey, an amateur historian and metal detectorist who uncovered the first intact 17th-century Arabian coin in a meadow in Middletown, said, "It's a modern history of a nearly perfect crime."

According to historical accounts, Every's band tortured and killed the men on the Indian ship, before fleeing to the Bahamas, a pirate haven in the Caribbean. However, news of their crimes rapidly spread, and English King William III put a huge bounty on their heads.

Until now, historians only knew that in 1696, Every sailed to Ireland, where his traces disappeared. Nevertheless, Bailey believes that the coins he and others have uncovered are proof that the famed pirate first made his way to the American colonies, where he and his crew used the riches to cover their everyday expenses while on the run.

Since the discovery of the first coin in 2014, other metal detectorists have found 15 more Arabian coins from the same period in Massachusetts, Rhode Island, and Connecticut. Another one was discovered in North Carolina, where it is believed that some of Every's men first landed.

"It seems like some of his crew were able to settle in New England and integrate," Sarah Sportman, state archaeologist for Connecticut, is quoted in the report as saying. "It was almost like a money-laundering scheme."

According to the report, Every was able to hide in plain sight by posing as a slave trader in 1690s New England, which was a new profession at the time. In 1696, he might have arrived in Newport, Rhode Island, with nearly four dozen slaves. The city was soon to become a major center of the North American slave trade in the 18th century.

According to the report, Bailey hopes that future findings will help shed light on the fate of the notorious pirate, once known as the "The King of Pirates" to his contemporaries, that continues to be a mystery for more than three centuries.