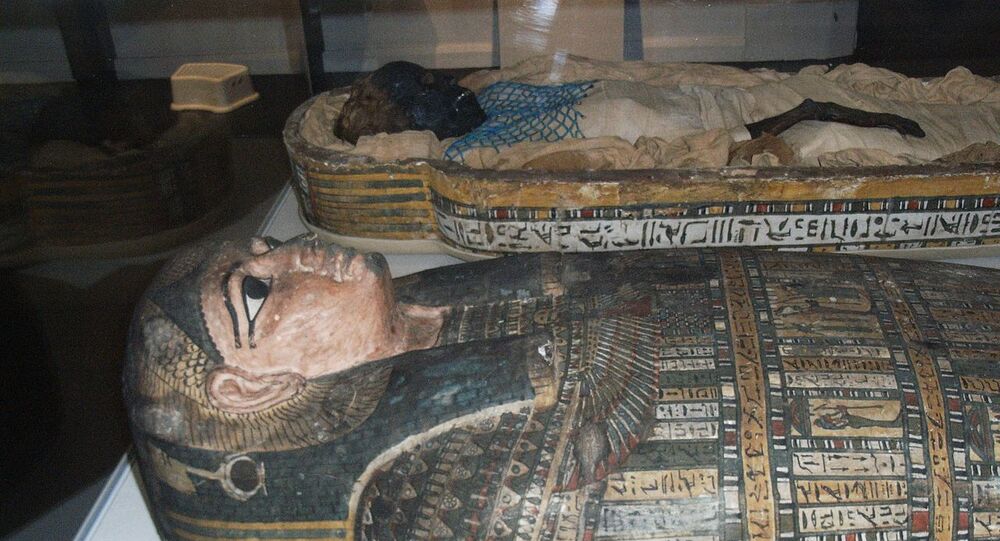 The woman called Takabuti, whose mummy has been a famous museum artefact since the late 1980s, was likely dealt a lethal blow somewhere in the ribs as she was trying to escape a maniac, researchers have come to believe as a result of a wide-ranging high-tech study.

Researchers from the UK appear to have solved an ancient murder mystery – namely, the puzzling demise of a girl named Takabuti, whose well-preserved mummy was first unwrapped in January 1835 at the Belfast Natural History Society's museum. Their findings, outlined at length in a newly published book, suggest that the young woman died as a result of a quick blow with a military axe, possibly wielded by an Assyrian soldier.

Takabuti, whose famed mummy is exhibited at the Ulster Museum in Belfast, was likely killed from behind with a semi-circular sharp-edged instrument about 7-7.5 cm long, as she tried to run away from her attacker, the book titled "The Life and Times of Takabuti in Ancient Egypt: Investigating the Belfast Mummy", has it, citing the results of X-ray and CT scanning, as well as radiocarbon dating and DNA analysis.

"Because we have been able to identify the shape of the wound and the angle of entry of the murder weapon, we think an axe was probably responsible. It is, however difficult to be absolutely definitive because the morphology of the wound has been significantly distorted", shared Professor Rosalie David from the University of Manchester's KNH Centre for Biomedical Egyptology, as cited by the Express.

She added that as the expert team had spent quite a lot of time working on the artefact, they became deeply attached to her as a person, lamenting her horrific fate. She said it was "somewhat comforting" to establish that although Takabuti's death sometime between the age of 20 and 30 was brutal, with a scream frozen on her face, it was quick.

According to Professor David, Takabuti was apparently the apple of her family's eye. Her hair, for instance, was neatly trimmed, and styled before mummification. The woman's title – that of a married young woman and part of large household in Thebes, present-day Luxor – was also distinctly spelled out on her coffin.