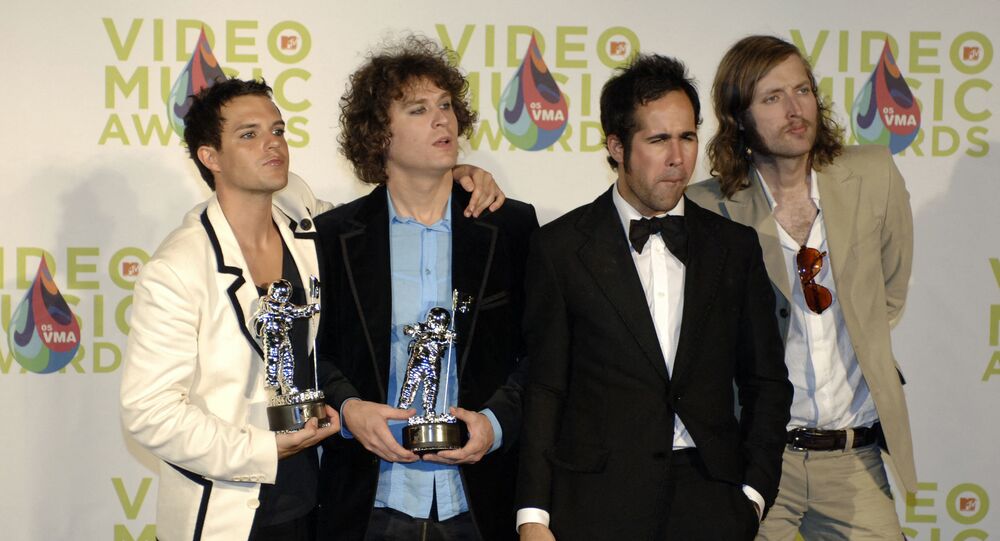 The anthemic pop rock song by the American band was released back in 2003 and, upon its re-release a year later, became an instant hit, which never lost its charm until this day - and the Official UK Singles Chart Top 100 has confirmed just that.

Mr. Brightside, the first single by the US rock band The Killers, has reached a record-breaking milestone of making it to the Official UK Singles Chart Top 100 for the 260th non-consecutive week, which is equivalent to five years in total.

In a news release, the chart's press service said that the pop-rock hit made history, as no other song could even come close, with Snow Patrol's ballad Chasing Cars lagging behind with 166 weeks in the chart.

Mr. Brightside, exploring the topic of jealousy in a relationship and inspired by the lead singer Brandon Flowers's experience of being cheated on, was released by The Killers in 2003. The track made it to the band's first album Hot Fuss.

In 2020, it was declared number 1 in the ranking of Most Streamed Track of the Noughties Decade by The Irish Recorded Music Association. As of 1 April 2021, the song is ranked 78th in the Official UK Singles Chart Top 100.