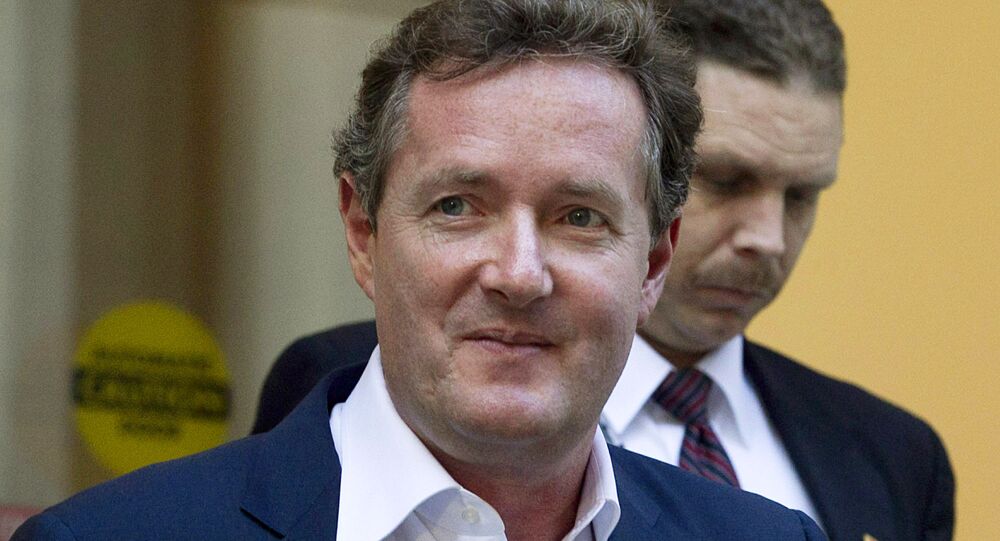 The journalist’s harsh criticism of the tell-all interview Prince Harry and Meghan Markle with famous US talk show host Oprah Winfrey attracted thousands of complaints from TV viewers. Morgan said ITV’s bosses asked him to apologise to Markle for disbelieving her claims. He refused and tendered his resignation.

Journalist and TV host Piers Morgan has revealed his only regret about leaving Good Morning Britain (GMB). Morgan has been a frequent and tireless critic of Boris Johnson's government and even banned cabinet ministers from appearing on the show lambasting them for their handling of the coronavirus pandemic.

However, the Prime Minister himself has long been the person Morgan wanted to talk to. Writing in his latest column in the Daily Mail, the journalist revealed that after years of refusals the politician finally agreed to the interview, but that it is now impossible for Morgan to speak with him.

"Ironically, Prime Minister Boris Johnson, the man who ducked GMB for the past four years and even ran and hid in a fridge to avoid answering our questions, had finally agreed to an interview with me at No 10 next month. That it won't now happen is my only regret about leaving", Morgan wrote.

In his column, Morgan has also condemned the rise of the cancel culture, which the journalist said threatens freedom of speech and he cited his own experience - that when he voiced an unpopular opinion about Meghan Markle’s claims, he was rebuked and accused of racism.

"It didn't matter that I've never said anything racist about her or that my only comments about her race have been to say repeatedly how great it was that a bi-racial woman married into the Royal Family," he wrote.

In another example he mentioned Sharon Osbourne, a host of US chat show The Talk, who backed Piers Morgan in the wake of the Sussexes' interview when she was discussing his remarks with co-host Sheryl Underwood who reckoned that Morgan’s reaction to Markle’s claims was racist.

"To not want to address that because she is a black woman, and to try to dismiss it or make it seem less than what it is. That's what makes it racist," Underwood said.

Osbourne maintained there was nothing discriminatory in Morgan’s remarks and that he simply didn’t like the Duchess. Osbourne later left the show and issued an apology.

"Disgracefully, Sharon was bullied into making a grovelling public apology the following day for getting angry with Underwood, but of course, this hasn't placated her woke tormentors from continuing to tear her to pieces," Morgan wrote commenting on the incident.

Allegations Made by Meghan Markle and Prince Harry

During the Sussexes' two-hour interview, the Duchess made several sensational claims. The 39-year-old accused one member of the family of racism, alleging that the individual was concerned about the colour of their first-born, Archie. Both Harry and Meghan refused to name the person, saying the revelation would be very damaging, but later confirmed off air that it was neither the Queen nor her husband Prince Philip.

Piers Morgan said he didn’t believe a single word the Duchess of Sussex said and labelled the claims an attack on the British monarchy.