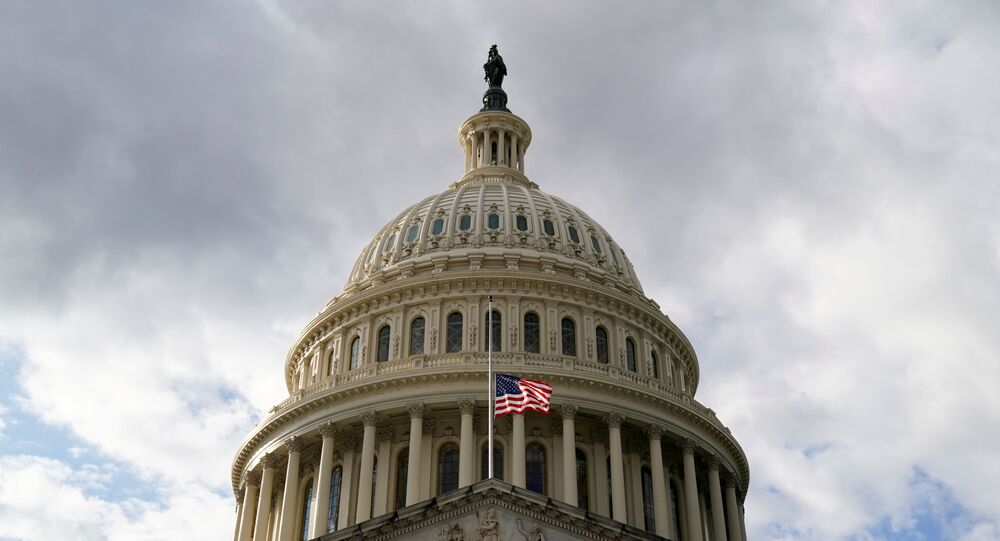 The perimeter of the US Capitol has been enclosed by a safety fence after thousands of former US president Donald Trump supporters breached the complex on January 6 to protest the confirmation of Joe Biden as the winner of the 2020 presidential election.

In a complaint filed Tuesday in federal court, Presbyterian minister Patrick Mahoney sued House Speaker Nancy Pelosi, Vice President Kamala Harris, the US Capitol Police Board and the Senate Sergeant at Arms over the fence blocking the area around the Capitol building.

According to Mahoney, the presence of the fence is violating his First Amendment rights because it is preventing him from holding a prayer vigil for Good Friday near the Lower Western Terrace of the Capitol.

The purpose of the vigil, according to Mahoney, is for the “express purpose of beseeching God’s healing from the divisiveness and anxiety lingering over our nation since the tragic events of January 6, 2021." Mahoney has also argued that he has held many events in the same location in the past.

​“In closing the sidewalks and public areas around the Capitol, including the Lower Western Terrace Plaintiff seeks to utilize, Defendants have effectively created a no-speech zone around the nation’s Capitol,” the complaint reads.

“Defendants prevent any First Amendment activities on/in these areas, even though no specific threat to the Capitol has been identified in justification. Defendants further refuse to inform the Plaintiff of when public sidewalks surrounding these halls of power may once again be utilized for public speech,” the complaint adds.

The National Guard has been present in the area around the Capitol since the violent insurrection that occurred on January 6.

The US Department of Justice (DoJ) is still working to bring charges against some of the rioters who stormed the Capitol.

A Politico analysis released this week shows that almost a quarter of the more than 230 people publicly charged in Capitol riot cases are facing misdemeanors. New cases are also being unsealed on a daily basis.