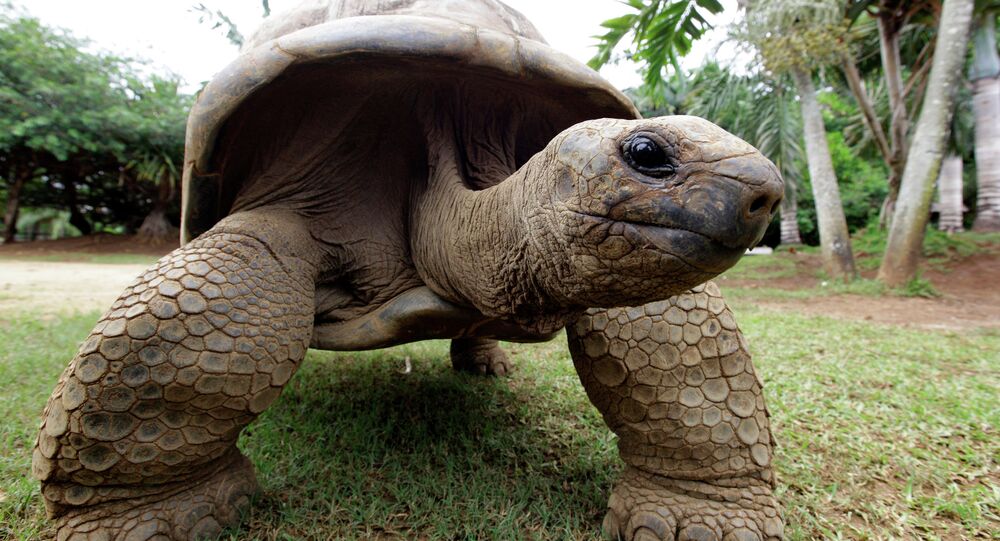 Over the weekend, employees at a Galápagos Island airport found a suitcase filled with 185 giant tortoises, all younger than three months old, wrapped in plastic.

According to a statement by the airport, the tortoises were found during a routine luggage inspection at Seymour Airport on Baltra Island on Sunday, after “irregularities” were noticed during an X-ray scan of the suitcase.

The individuals who checked in the suitcase have been held for questioning, while at least one Ecuadorian police officer has been arrested.

In a statement on Twitter on Sunday, Marcelo Mata, Ecuador’s environment minister, said that he rejects "these crimes against wildlife and the natural heritage of Ecuadorians."

Galapagos tortoises can live over 100 years. According to the World Wildlife Fund, they are considered to be a vulnerable species and have been protected by the Ecuadorian government since 1970.

Give Them Some Privacy! Tortoises Trying to Mate Busted by Goat and Pigs

I Love to Move it Move it! Little Tortoise Dances Like a Demon While Getting Its Shell Polished

Tortoise Taxi: Rabbit Finds Its Own Way to Move Around

Lending a Helping Hand: Watch This Tortoise Help Struggling Friend Get Back on Its Feet