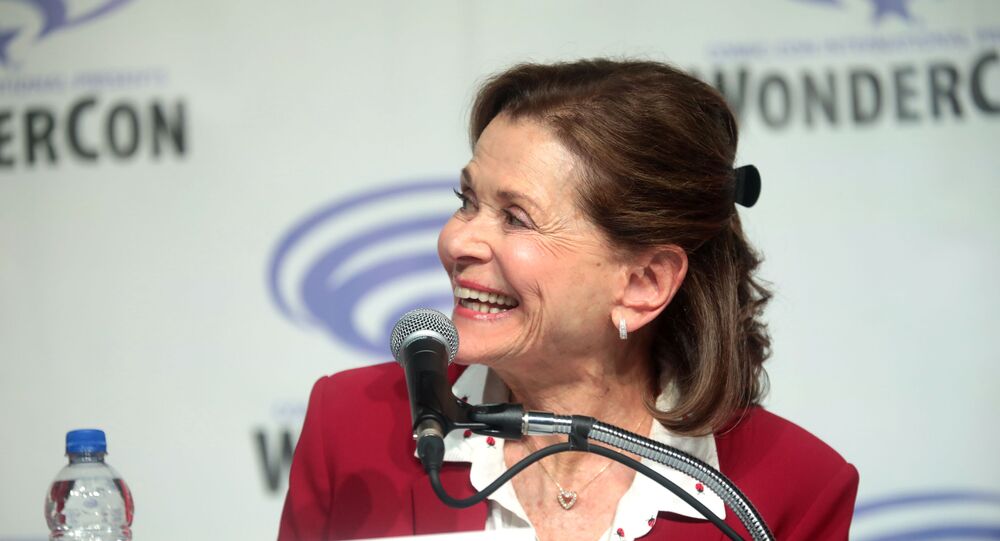 "It is with a heavy heart that I confirm the passing of my beloved mom Jessica. A working actor for over six decades, her greatest pleasure was bringing joy to others through her storytelling both on screen and off," she wrote in a statement obtained by Deadline.

"While her legacy will live on through her body of work, she will also be remembered by many for her wit, class and overall joie de vivre."

Walter is said to have died in her sleep on March 24.

The family has requested that, in lieu of flowers, those wishing to send gifts can make a donation to Guiding Eyes for the Blind.

Netizens took to social media after hearing the news to remember the prolific actor and some of her best moments.

Be advised, the footage below contains language and themes some may find offensive.

The best of Lucille Bluth.

Rest, Jessica Walter. And thanks... pic.twitter.com/3gglTGdhwu

One of my absolute favorite Mallory moments from Archer. #RIP Jessica Walter 💜 pic.twitter.com/3td7xVcMPs

I think Jessica Walter's Lucille Bluth was the single funniest TV performance I can think of. The writing and everything put her in a position to succeed and all that, but she just couldn't have been better in it.

We're saddened to hear about the passing of the brilliant award-winning actress, Jessica Walter.

She joined us as a Guest Programmer back in 2005 where she charmed us with her wit and insights. Here she discusses one of her favorite films, THE WAY WE WERE ('73). pic.twitter.com/WEldXuS4sL

Jessica Walter doing Spring Awakening in 90210 was so weirdly formative for me.

RIP to a legend. We owe so much of our online vernicular to her. pic.twitter.com/uRlyDZkhTo

Jessica Walter’s Lucille Bluth wasn’t just a once in a lifetime comic creation, she was also the very first quarantine mood pic.twitter.com/X88Ldbfo6B

While her later comedic roles on "Arrested Development" and "Archer" are remembered by most fans, her portrayal of the title character in "Amy Prentiss" - a spinoff of "Ironside" - won her a Primetime Emmy Award for Outstanding Lead Actress in a Miniseries or a Movie in 1975.

Walter, who is survived by her daughter and grandson, lost her husband of nearly four decades, actor Ron Leibman, in 2019.

Oscars 2021: Chadwick Boseman Wins a Best Actor Nomination From Beyond the Grave