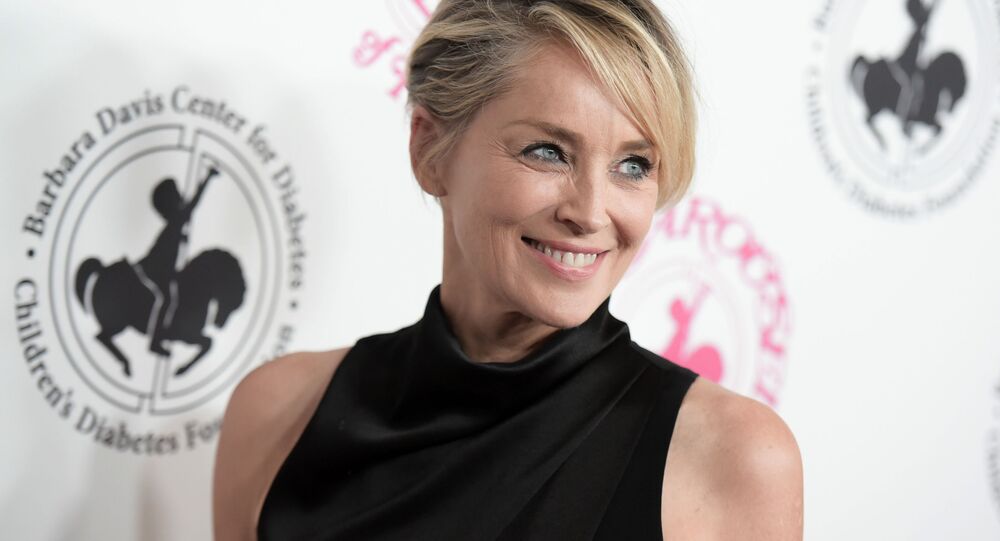 Hollywood sex idol Sharon Stone, who suffered a massive stroke that almost cost her her life, has written an autobiography that while detailing her road back to health, also dishes dirt on the behind-the-scenes workings of the movie industry.

Golden Globe-winning actress Sharon Stone reveals she was pressured by studio executives to have sex with her male co-stars in order to achieve better chemistry with them on-screen, according to an excerpt from her forthcoming memoir, The Beauty of Living Twice, published in Vanity Fair.

The prolific Hollywood actress of four decades details some of the sexual harassment she ostensibly faced throughout her career, such as conversations around her regarding whether she was “f***able” in the eyes of ‘Hollywood top brass’.

In an excerpt of her book, coming out on 30 March, Stone reveals that she was also advised by a producer to sleep with a male co-star to improve their "onscreen chemistry".

“I felt they could have just hired a co-star with talent, someone who could deliver a scene and remember his lines. I also felt they could f*ck him themselves and leave me out of it,” she writes.

The 63-year-old star adds that following the conversation, her co-star seemed to make a number of passes at her, which she believed was at the request of the producer.

The Emmy and Golden Globe winner also says she was tricked into shooting the infamous scene in 1992’s “Basic Instinct” without undergarments, as she crossed and uncrossed her legs, unaware that her private parts would be exposed on film.

Stone writes that she recalled watching the scene for the first time “with a room full of agents and lawyers”.

“That was how I saw my vagina-shot for the first time, dishes Stone in her upcoming memoir, according to Vanity Fair.

2017 day 79: it’s because of the scene with Sharon Stone this movie gets today’s anniversary - Basic Instinct (1992) https://t.co/kWKqilCXwq pic.twitter.com/8CHqHvAsVc

​According to the celebrity, she "went to the projection booth, slapped (director) Paul (Verhoeven) across the face, left, went to my car, and called my lawyer, Marty Singer".

Ultimately, Stone opted against seeking an injunction over the controversial scene, according to the excerpt in the outlet.

"Why? Because it was correct for the film and for the character; and because, after all, I did it," she wrote.

"Sharon is lying. Any actress knows what she's going to see if you ask her to take off her underwear and point there with the camera,” he told ICON in 2017.

I have learned to forgive the unforgivable. My hope is by sharing my journey you too will learn the same.
On @Oprah’s list of 2021 Most Anticipated Books.
Publisher @aaknopf Pre-order link in bio. https://t.co/uTD0CKv44z]

​Sharon Stone, who suffered a stroke in 2001 and spent years in recovery, wrote a book of memoirs, The Beauty of Living Twice, to talk about her pivotal onscreen roles, life-changing friendships, disappointments and accomplishments. She ultimately shares her fight back to health and recovery.

‘Don’t Shut Me Out of the Hive’: Actress Sharon Stone Booted From Bumble