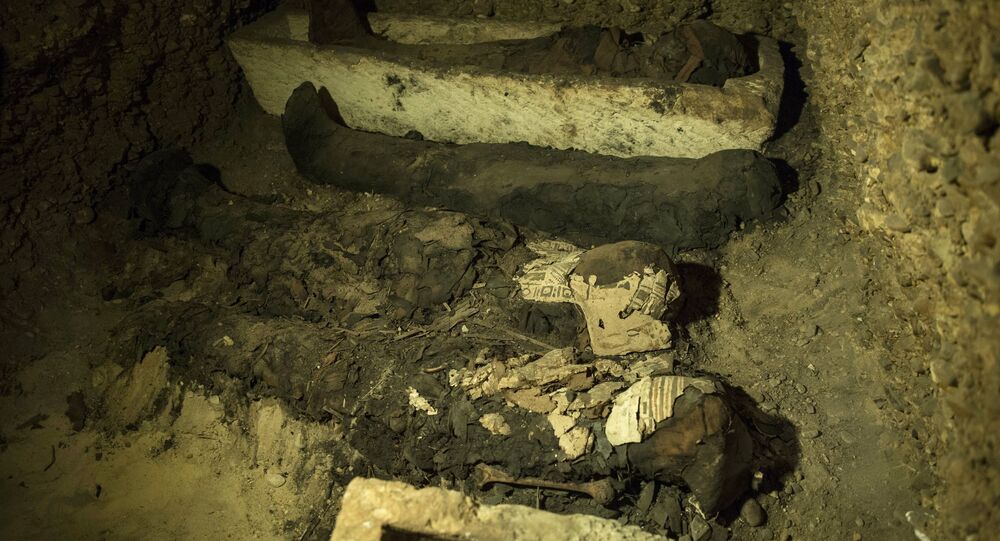 The ruins' walls, which feature early Christian symbols, have led scientists to believe that the newly unearthed religious complex was used by Copts for prayer and ritual ceremonies.

A team of archaeologists have spotted new Christian ruins in Egypt’s Western Desert, shedding light on monastic life in the region in the fifth century AD and onwards, according to a statement by the Egyptian antiquities ministry.

“The French-Norwegian mission discovered during its third excavation campaign at the site of Tal Ganoub Qasr al-Agouz in the Bahariya Oasis several buildings made of basalt, others carved into the bedrock and some made of mud bricks,” the ministry stated while detailing the research on Saturday.

The complex is comprised of “six sectors” housing the ruins of three churches and monks’ cells, whose “walls bear graffiti and symbols with Coptic connotations”, said Osama Talaat, head of Islamic, Coptic and Jewish Antiquities at the ministry.

The church walls were found to be adorned with “religious inscriptions” and biblical texts in Greek, clearing showing “the nature of monastic life in the region”,  notably the fact of the monks’ presence there starting from the 5th century AD, Ghica said.

The area, sitting deep in the desert southwest of the capital, likely enjoyed its height of activity and enlightenment around the fifth and sixth centuries, according to the French Institute of Oriental Archaeology, which is in charge of the mission.

Cairo has recently announced quite a few major new archaeological breakthroughs amid stagnation in tourism from abroad, which arose from a 2011 uprising in the country as well as health concerns over the still raging coronavirus pandemic.

In February, the Egyptian  authorities said a high-capacity brewery purported to be over 5,000 years old had been uncovered at a funerary site in the country’s south. Separately, just last month, an Egyptian-Dominican archaeological mission engaging in excavation work near Alexandria said it had unearthed mummies from around 2,000 years ago holding golden-tongued amulets.