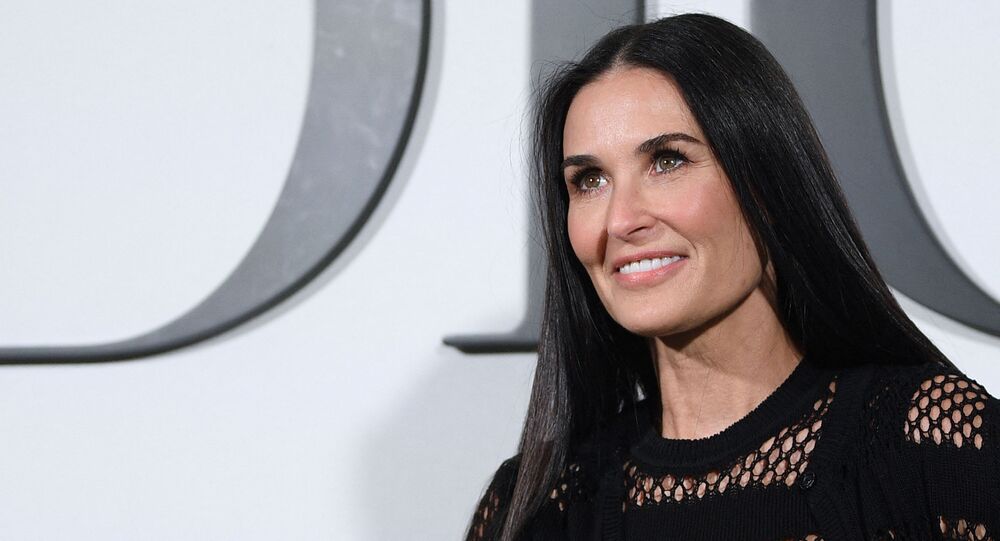 The Artist’s parody of the iconic 1991 Vanity Fair cover with pregnant Demi Moore was first presented in 2006.

Banksy’s spoof of a Demi Moore photo, in which she was posing naked while pregnant, could be auctioned off for £3mln ($4.17mln), according to reports. The canvas, titled Original Concept for Barely Legal Poster (After Demi Moore), is going to auction for the first time ever.

The 7-ft-tall artwork depicts a heavily pregnant woman holding her belly just like Demi Moore did in her famous photo back in 1991. In the parody version, however, the woman is also smoking a cigarette and wearing an ape mask – a known symbol of Banksy’s self-representation.

“It works on many levels, not just parody,” Baker adds. “You can almost see it as like a modern day fertility goddess, especially in a fine art context.”

The initial photo of Demi Moore was taken in 1991 by photographer Annie Leibovitz. The photoshoot had immediately sparked controversy, as it featured the then 28-year old actress posing naked when pregnant with her second child. The cover eventually became iconic in US culture and has inspired many artists ever since.