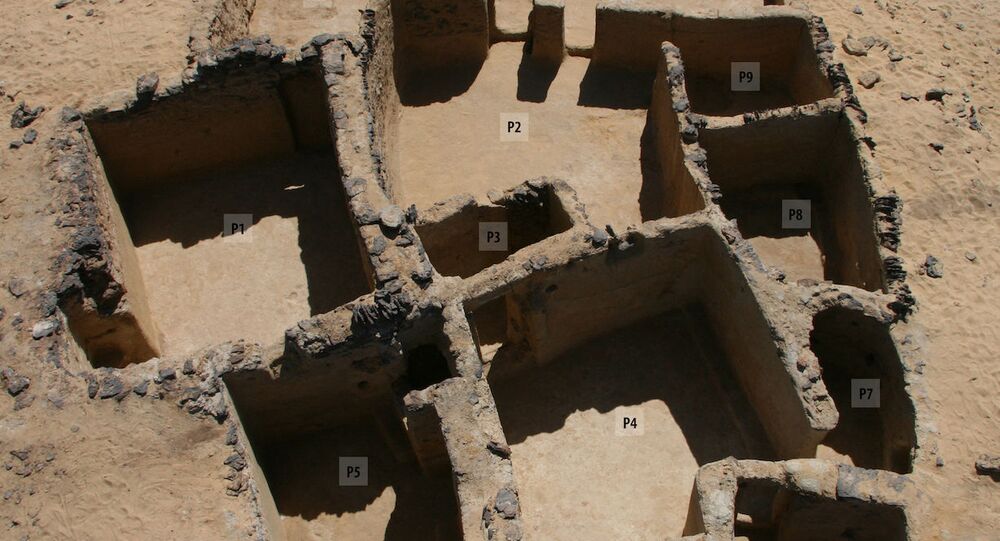 The find, which is the oldest attested monastery in the entire world at over 1,600 years old, may change mankind's perception and knowledge of Christianity. Unfortunately, it will have to be reburied in sand, as the decrepit walls will not withstand the test of weather.

In a startling find during excavations at the Bahariya Oasis in the Egyptian desert, a Norwegian research team has found what appears to be the oldest dated Christian monastery in the world.

Walls and floors with Greek inscriptions were found well-preserved, which is considered a rarity since the buildings are over 1,500 years old. Using carbon dating, the crew confirmed that the numerous excavated objects, including coins, ceramics, and glass objects stem from around the year 350 AD.

"It is incredibly fun and exciting. This seems to be the earliest Christian monastery in the world", archaeologist Victor Ghica, a professor of antiquity and early Christianity from the Norwegian School of Theology told Norwegian national broadcaster NRK.

The last part of the monastery was excavated in December. Among other things, well-equipped kitchens with ovens and tables were found. The researchers found holes in the ground that they believe were used to store sharp, Egyptian clay jars with wine. In the middle there is a hall with remnants of wardrobes.

"It's like breaking into someone's house. We found plates, cookware in the oven, their last meal, remnants of fish bones and animal hair, jars of grain. All this they left behind when they left the monastery, probably in the fifth or sixth century", Ghica said.

Perhaps even more surprisingly, the monks of the monastery did not live a Spartan life. The findings show that they were surrounded by very exclusive goods, such as glass from present-day Tunisia and Algeria.

"The findings change our understanding of early Christianity. As early as around 350 AD, there were well-established monastic communities at the very edge of the Roman Empire, which is extremely early", Ghica ventured.

Religion historian Håkon Steinar Fiane Teigen argued that the find will arouse great interest among researchers, because while a lot is known about Egyptian monasteries from written sources, spectacular archaeological discoveries remain few and far between.

"Even if we won't rewrite the story completely, we must at least make it richer", Teigen ventured.

"Now that we have received a definite dating of the world's oldest monastery we have excavated, is nothing short of an international sensation. It is not possible to exaggerate the significance of the monastic movement for the church. And it all started here in the desert of Egypt in the 300s", Vidar Haanes, a professor of church history from the Oslo-based Norwegian School of Theology, said.

Despite the great cultural and historical value, the monastery will never become an attraction for tourists or other researchers, the reason being that it is nearly impossible to preserve it in the open air.

"Unfortunately, parts of the monastery are vulnerable, especially the walls built in clay. Two rain showers and four years of wind will destroy the monastery. The best way to preserve it is to put the sand back. It is heartbreaking, but I have seen with my own eyes how other archaeological sites have disappeared", Ghica concluded.