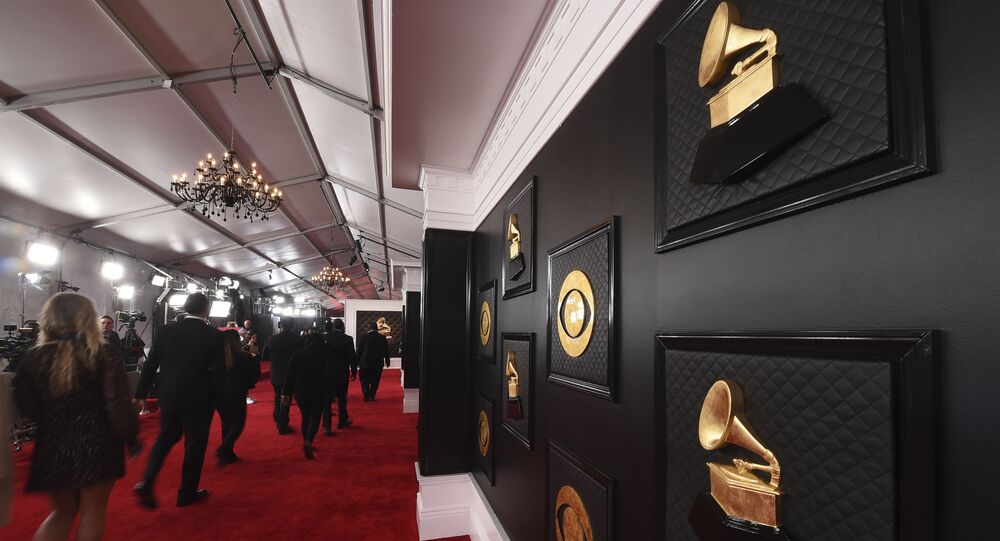 The US financier, who rubbed shoulders with celebrities, royals, and politicians was for years accused of sexual assault. In 2019, he was arrested and charged with running a sex trafficking network of minors. He was found dead in a prison cell a month after his arrest, with his demise later ruled to be a suicide.

Award nominations can be pretty stressful. Celebrities need to be able to hide their disappointment when they lose and master their nerves during an acceptance speech where they need to thank everyone who contributed to their success.

But most importantly they need to avoid awkward situations and embarrassing moments like that of actor and producer James Keach, who accidentally mentioned Jeffrey Epstein, a man accused of rape and sexual assault by dozens of women, in his acceptance speech at the Grammys.

DID HE JUST SAY JEFFEREY EPSTEIN ON GRAMMY PRES ??? Lawd...

​Keach was accepting the award for "Linda Ronstadt: The Sound of My Voice", which won in the category Best Music Film and apparently switched the names of the movie's directors – Rob Epstein and Jeffrey Friedman – ending up with the disgraced financier Jeffrey Epstein.

​The news caused a strong reaction on social media, with some users failing to believe it was an accident, while others simply joked about it.

​The issue wouldn't have garnered such attention had the disgraced financier not rubbed shoulders with high-profile figures and celebrities. Among his acquaintances are former US presidents Bill Clinton and Donald Trump, actors Kevin Spacey and Chris Tucker, musicians Mick Jagger and Phil Collins, member of the UK Royal Family Prince Andrew. The list goes on and on. His death in a prison cell sparked numerous conspiracy theories, with the most popular being that his powerful friends killed him in order to avoid being implicated in his crimes.

The 63rd ceremony of the highest awards in the music business has already set several records and not because of the coronavirus pandemic. Beyoncé became the most-decorated female artist, winner her 28th Grammy Award. The 39-year-old scooped up the statuette in the category Best R&B performance.

Pop singer Taylor Swift made history after winning her third Album of the Year. She's the first female artist to do so.

Due to the coronavirus pandemic having caused numerous concerts and music festivals to be cancelled, the organisers of this year's ceremony decided to focus on live music. Stars like Harry Styles, Billie Eilish, Cardi B, and K-pop band BTS performed during the show. Some of the awards were presented by people who work close with the music industry, such as bartenders in order to highlight how the pandemic had affected all spheres of life.