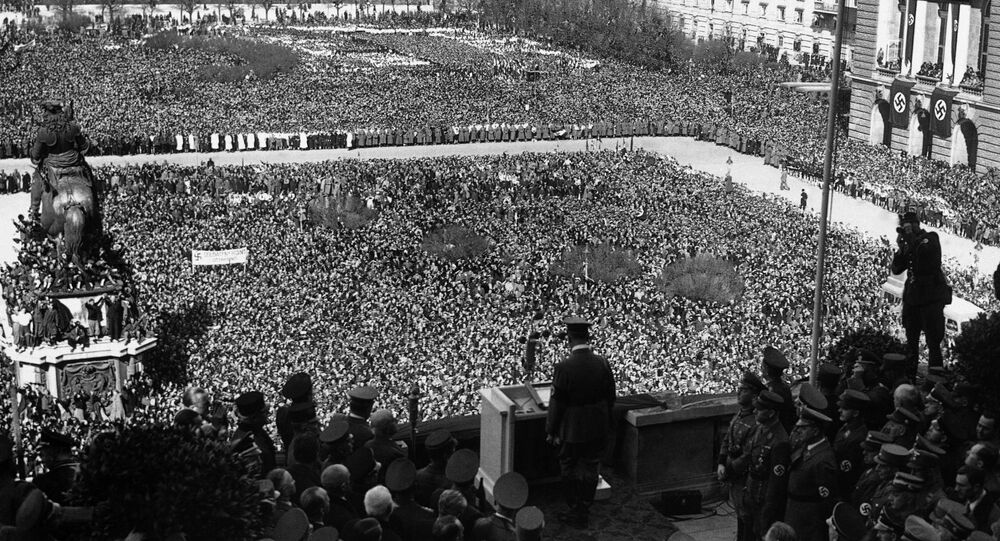 Vienna's 'Hitler Balcony' to Be Made Accessible For Visitors, Report Says

The "Anschluss" of Austria - the annexation of Austria by Nazi Germany - was declared by Adolf Hitler on March 1938 in Vienna from a balcony that faces the Heldenplatz in the Austrian capital city.

The so-called Hitler Balcony in Vienna's Heldenplatz will be made open for visitors, Welt reported on Saturday, citing the director of the House of Austrian History, Monika Sommer.

"A ban on entry as before is not an appropriate approach," Sommer said, according to the outlet. "As a first step, there should be guided tours for those who are interested."

It is suggested that the view of the Vienna landmarks from the balcony is suitable for educating people about the evils of dictatorship.

According to a survey conducted by the House of Austrian History, a majority of visitors are in favour of greenlighting access to the balcony from which the so-called Anschluss of Austria was declared by the leader of Nazi Germany.

Hitler, who was born in Austria, delivered a speech marking the annexation of his birth country on 15 March, 1938, and was met with a cheering crowd that flocked to the Heldenplatz. The aim of the Anschluss was to create what was described by the Nazis as a 'greater Germany'.

As Hitler’s Birthplace In Austria Is ‘Neutralised’, Why Are Notorious Buildings Magnets For Ghouls?

'Black Book': Hitler Had Hit List of 3,000 Brits to Round Up After UK Invasion, Author Reveals

Dictator's 'Throne': Toilet Seat Where Hitler 'Put His A**' Auctioned for Thousands of Dollars