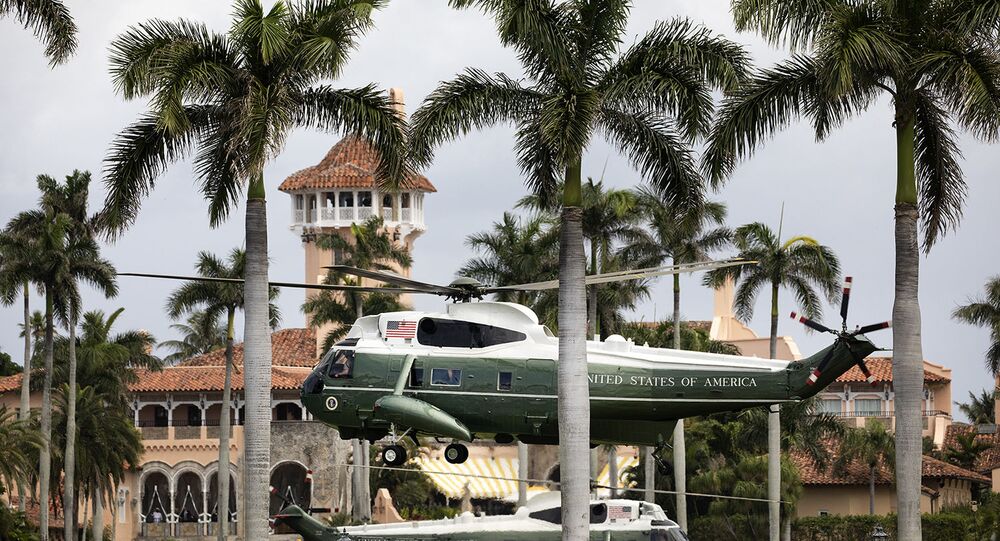 Former US president Donald Trump loyalists breached the Capitol building in Washington, DC on January 6 to protest against the certification of Joe Biden as the winner of the 2020 presidential election by the Electoral College.

John Daniel Andries, 35, was charged with two felonies last month in connection with the Capitol riots. Andries has pleaded not guilty.

Service records obtained this week by The Washington Post reveal that Andries once served as a crew chief for the presidential helicopter squadron, known as the Marine One, under former US presidents George Bush and Barack Obama.

​All the squadron’s members are required to have a top-secret clearance as well as a special higher-level clearance known as Yankee White. Individuals who receive the Yankee White clearance undergo extensive background checks.

Andries, who served in the Marines from 2004 to 2009, first joined the Marine Helicopter Squadron One in 2006. His records also show that he left the Marine Corps in November 2009 as a lance corporal with no combat deployments.

According to prosecutors, Andries, who is facing charges of knowingly entering a restricted building without lawful authority as well as violent entry and disorderly conduct, broke into the Capitol building on January 6 through a window. Andries was charged after a tipster recognized him on news footage.

An FBI affidavit obtained by the Huffington Post last month also revealed that Andries was seen in a crowd that was “attempting to push past US Capitol Police officers.”

“At one point, Andries turns to the crowd and waves his arms in a back-and-forth motion,” the affidavit adds.

More than 30 veterans have been charged with crimes in connection with the riot. According to The Washington Post, many of those veterans were infantry members, vehicle drivers and mechanics. One of those charged includes Thomas Caldwell, who once served as a Navy Reserve intelligence officer.