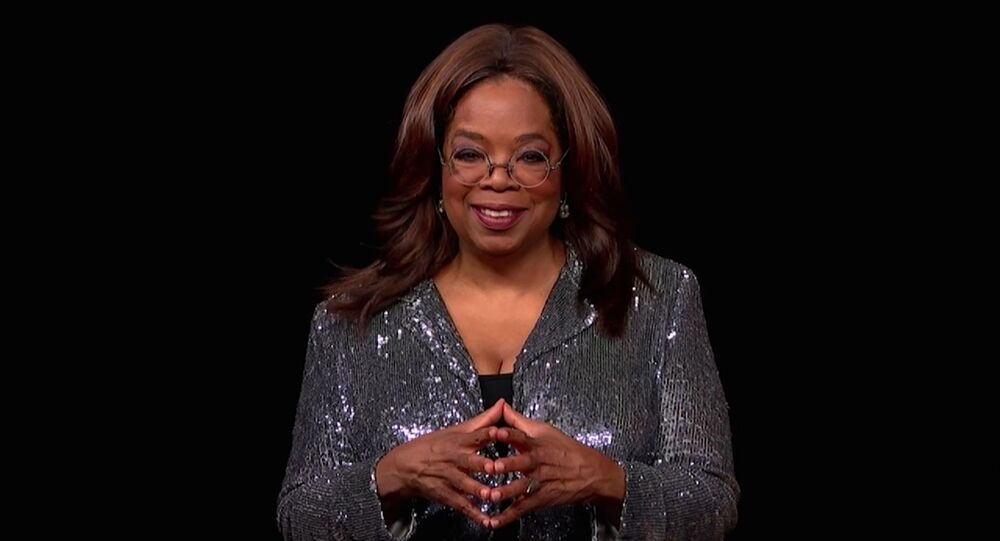 'Power of Broadcast TV': Report Reveals How Oprah Landed Interview With Duke and Duchess of Sussex

The interview with Meghan Markle and her husband, Prince Harry, has prompted reactions from around the world, sparking debate over the former's allegations of racism in the UK royal family, her suicidal ideation and a lack of emotional and logistical support.

In a sit-down interview on Sunday that brought millions of viewers to their TV screens, Oprah Winfrey, an iconic interviewer and media businesswoman, reminded the world how powerful broadcast TV can be, even during the reign of streaming services, Los Angeles Times reporter Meg James outlined on Tuesday, moving to disclose details of how the interview was landed.

CBS paid "about $8 million" for the right to air the interview, according to people familiar with the matter, and it was initially agreed that the conversation would be aired on broadcast TV so that people could access it for free rather than pay for a subscription-only streaming service.

The LA Times sources noted that Winfrey suggested it would be "nearly impossible" to get millions of people watch the interview on a single night if it was not for the use of broadcast TV.

The interview owes it success not only to television, but also to Winfrey's interviewing skills and journalistic perseverance, James outlined. Winfrey first asked the couple for an interview in 2018 after the royal wedding, which she attended, alongside many other celebrities.

Winfrey's way of interviewing the couple received mixed reaction, with some arguing that too many questions remained unasked, while many praised her as "greatest celebrity interviewer of all time" and a "real queen".

During the now-notorious interview, the couple shared the story of their departure from the royal family. Particularly, revelations about racism at Buckingham Palace were rolled out as Markle said that she was asked by an unnamed royal how dark her son's skin might be, prompting the now iconic and memeficated "What?!" from Winfrey.

While heated discussion continues regarding what many saw as "acting" and "pretending" on the part of the couple, Markle shared that she had had suicidal thoughts due to a lack of support from royal family members, while Harry said that he felt "trapped". Many, including prominent political and media figures, expressed support for the couple, but others criticized their appearance as a "betrayal" of the royal family and of "playing race card", enjoying their privileges while speaking about being oppressed.

Some public condemnations toward the Sussexes has cost jobs, as in case of Piers Morgan, who dramatically quit "Good Morning Britain" after being called out for his consistently "unsympathetic" words towards Markle after the latter shared revelations of suicidal thoughts. Ian Murray, the chief of the UK Society of Editors, also stepped down from his position after the body met backlash over its strongly-worded comments regarding the royal family racism accusations.