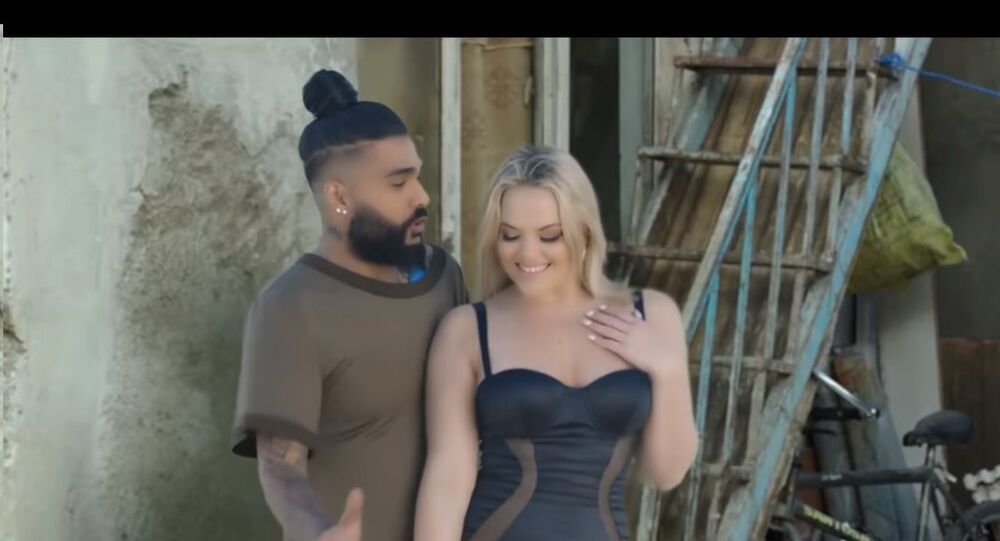 The appearance of an adult film actress in an Iranian rapper's music video has irked the country's authorities, with some pundits saying such content has the potential to corrupt Iran's youth.

In the "Tehran Tokyo" teaser, Texas is seen taking off her headscarf – an apparent hint to a traditional Islamic head-covering – and a coat to reveal a tight-fitting black dress. She then performs some sexy dance moves around the rapper, also known as Sasan Yafteh, but stops short of revealing any more skin.

Although the singer’s new video doesn't feature any nude content, the Iranian AudioVisual Media Regulatory Authority has banned the clip for violating children protection guidelines with its “explicit” nature, the ISNA reports.

According to Iranian journalist Emily Amraee, Sasy’s song was “more dangerous than polio.”

She suggests that the video could prompt children to search for Alexis Texas' adult films online, and says that kids in Iran know how to sidestep filters to view explicit content.

“Because of the filtering they all have access to anti-filtering software,” she claims. “Parenting control software is not available here…”

“Game On,” one of his followers cheered.

The lengthy video for the song was expected on Wednesday but only the audio has been released by Radio Javan so far.

Sasan Yafteh, formally known as Sasy Manakan, is a 32-year-old singer from Ahvaz who rose to fame in Iran as an underground singer.

Now based in California, Sasy remains popular with Iranian youth and his clip "Gentleman" has amassed over 18 million views on YouTube and more than 100 million plays on Persian-language station Radio Javan.