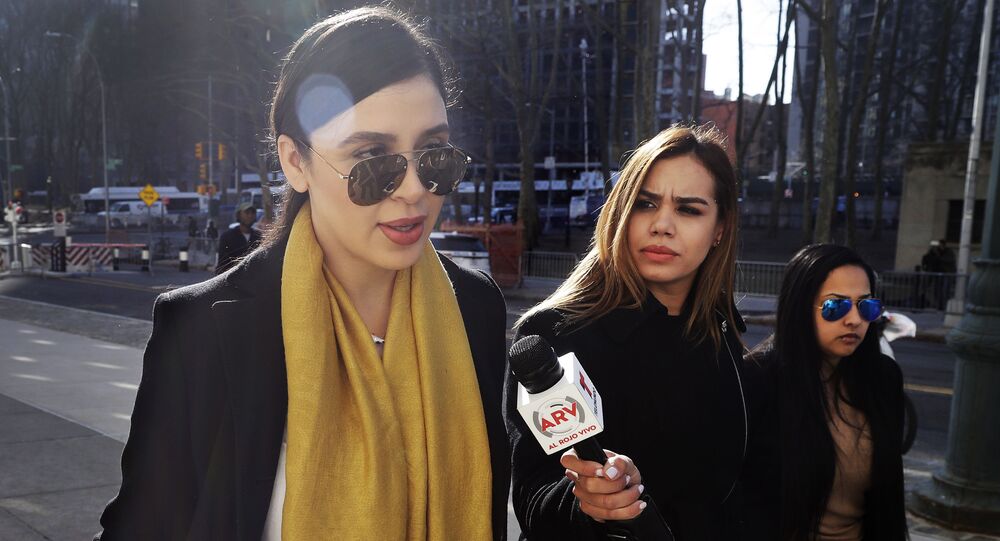 Emma Coronel Aispuro, 31, was arrested in the United States last week and faces several charges, including drug trafficking . For years she has denied any involvement in the criminal activities of her husband's Sinaloa group, which is one of the largest and most dangerous cartels.

Media reports about El Chapo’s wife, Emma Coronel Aispuro, "are designed" to kill her and members of her family, said lawyer Jeffrey Lichtman, who represents the young woman. Lichtman said he was furious when he read some of the stories about his client in the media, which the lawyer suggested were leaked by federal agents.

"I’ve been involved with fabrication of evidence, destroying evidence, lying to judges, lying to juries by the feds, but actually to put this out there is an attempt to murder her and her family. Let’s be clear about this: she’s got two nine-year-old girls that are exposed, obviously, and to put this out there so flippantly is designed to kill them. So you’ve got federal agents that don’t care about the fact that they’ve sworn to uphold the law, have violated it and have destroyed any ability to exploit any cooperation by her. If there is no cooperation, it was clearly designed to force her to cooperate, to put pressure on her, to target her family," Lichtman said in an interview with WABC radio.

One of the stories the lawyer was referring to is the report by Vice, which suggested that El Chapo’s wife was not arrested but rather turned herself in to US authorities. It cited unnamed sources saying that Aispuro reached a cooperation agreement with US authorities by which she will provide information in exchange for lenient punishment.

The other story - written by the New York Post - suggested that Aispuro will "rat out" high-ranking members of the Sinaloa cartel, including El Chapo’s sons from previous marriages.

Who is Emma Coronel Aispuro?

The daughter of one of El Chapo’s deputies, she reportedly the drug lord at a beauty pageant when she was 17. The couple tied the knot in 2007 when she came of age and they have two twin daughters. For years, reports claimed that she was involved in the work of the Sinaloa cartel, but the young woman dismissed the reports. She was arrested last week and faces charges of participating in a conspiracy to distribute cocaine, heroin, marijuana and methamphetamine. US prosecutors also accuse her of conspiring with others to help El Chapo escape from a Mexican prison in 2015.

The drug kingpin himself was sentenced to 30 years in prison in a US court in 2019. During his trial, a witness claimed that Guzman had paid $100 million to former Mexican President Enrique Pena Nieto to drop the manhunt for him. Another witness claimed the drug lord raped girls as young as 13 calling them his "vitamins".

Aispuro often appeared during the trial and expressed support for her husband.

"I don't recognise my husband from the description they have given of him, but rather I admire him as the human being that I met, and the one that I married," she told reporters in 2019.