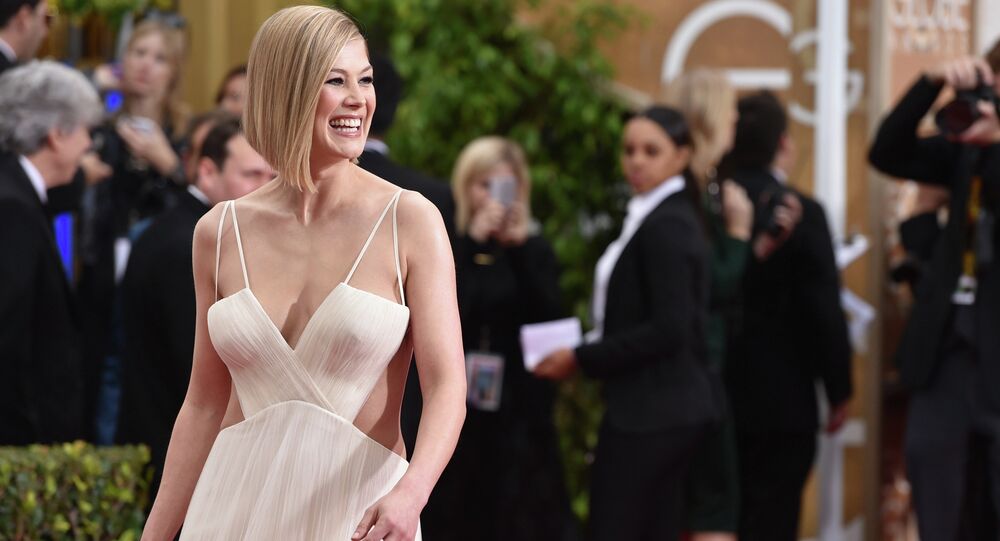 The award marks Rosamund Pike's third Golden Globe, with her previous two won in 2014 and 2018, for "Gone Girl" and "A Private War", respectively.

British actress Rosamund Pike on Sunday received her third Golden Globe award, this time as Best Comedy Film Actress for her role in "I Care A Lot".

Her contestants were Maria Bakalova from the sequel of "Borat", Kate Hudson with "Music", Michelle Pfeiffer from "French Exit" and Anya Taylor-Joy with "Emma".

Congratulations to Rosamund Pike - Best Performance by an Actress in a Motion Picture - Musical or Comedy - I Care a Lot. - #GoldenGlobes pic.twitter.com/xDhAD2SYSO

​In the dark comedy "I Care A Lot", Pike portrays a court-appointed guardian who tricks elderly people to seize their assets and then gets mixed up with a dangerous gangster.

In her victory speech, Pike thanked her co-nominees, Netflix and even the American legal system.

"And finally maybe I have to thank America’s broken legal system for making it possible to make stories like this", she said.

The 2021 Golden Globe Awards ceremony has been switched to online due to the ongoing coronavirus pandemic.