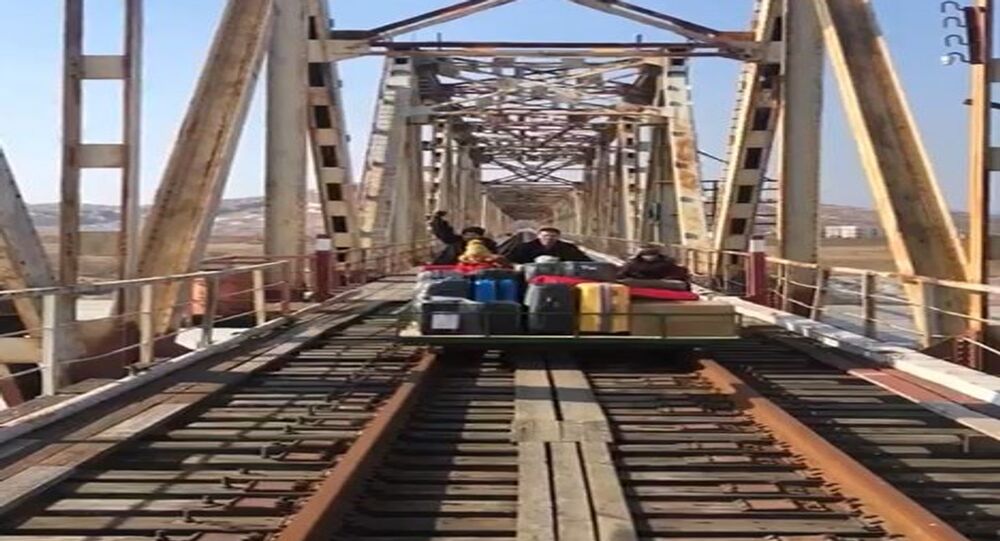 Eight embassy staffers used a rail vehicle to safely ferry their children and luggage across the Tumen River that separates North Korea from Russia, while air travel is still frozen between the two due to the coronavirus pandemic.

Russian border control officers appeared to be not in the least surprised at the sight of diplomats returning from North Korea on a handcar, according to the Embassy's Third Secretary Vladislav Sorokin, who himself pushed the lauded handmade device.

The diplomat recounted that the border control personnel met them as if they see such handcars every day, but it's not the case.

"They welcomed us very warmly, in a friendly and appropriate manner", Sorokin told Russian media, adding the staffers accepted their now famous device for storage and help them unload it before a specially assigned bus took the diplomats from the border to the city of Vladivostok.

The diplomat said the handcar itself had been made by a joint Russian-Korean company, based not far from the border. "The decorations, like the seat upholstered with red velvet, were all made at the initiative of our Korean friends", Sorokin added. The device was created over several days, making the trip the most extraordinary one he has ever made. He said he would be ready to travel this way again, should his "motherland order him to".

The diplomats' unconventional trip hit the headlines on the evening of 25 February, as they, together with their kids, mounted a handcar on the track above the Tumen River, having first travelled over 30 hours by train and bus, from Pyongyang.
North Korea is in a lockdown, keeping its borders shut to stop the novel coronavirus from spreading. The diplomats and their families covered around a kilometre by the rail vehicle to cross the border with Russia.

Seoul Warns Sanctions Can Cause Humanitarian Crisis in North Korea